In this exploration of the office, we speculated on the workspace in relation to the reduction, the presence or absence of sound and other stimuli. How does everything around work correlate with sound, what factors are at play? How can you affect these and tune standard office design formats to benefit workers?

Our earlier survey of keywords, the ‘Dictionary of Acoustics’, made it possible to map how people and things influence the passage of sound. In a series of theoretical situations, we brought the various constituents of work and silence together in one single scenario. This gave us insight into the mode of interaction between objects and means, space and location, and program and method. In relation to perception, these dynamics strongly impact the way people experience work and how they function. And as offices changed over time, so did their dynamics and character. The drone of typewriters is replaced with softer clicks on keyboards and many phone conversations are turned into silent e-mails. Can the office turn into a silence industry? With the upcoming service industry in western economies, it’s important to design work environments as calm places for total concentration.

Example mode of interaction for the silence industry:

Objects and means: ‘What if surfaces in the office are soft to our senses?’

If the floor, the ceiling, cabinets, chairs, tables, cups and even the computer and keyboard are covered with felt, everything you feel, see and hear is muffled, which creates a calming constant.

Space and location: ‘What if a space amplifies noise so much, that your own echo’s command you to temper your voice?’

If acoustics is treated as a determinant of human behavior, it could add to a sense of place and direction, signage and zoning, and mark out codes of conduct. People automatically lower their voices in big cathedrals, when they’re confronted with the acoustics.

Program and method: ‘What if light and dark divisions create designated zones to heighten the senses at set times?’

If one single work device is isolated, it’s easier to concentrate on one task. You can focus only of the computer screen, in fact all you see is the lit screen while the rest is black and blind. Rather alike reading a book or doing embroidery after dark, in the pre-electricity era. 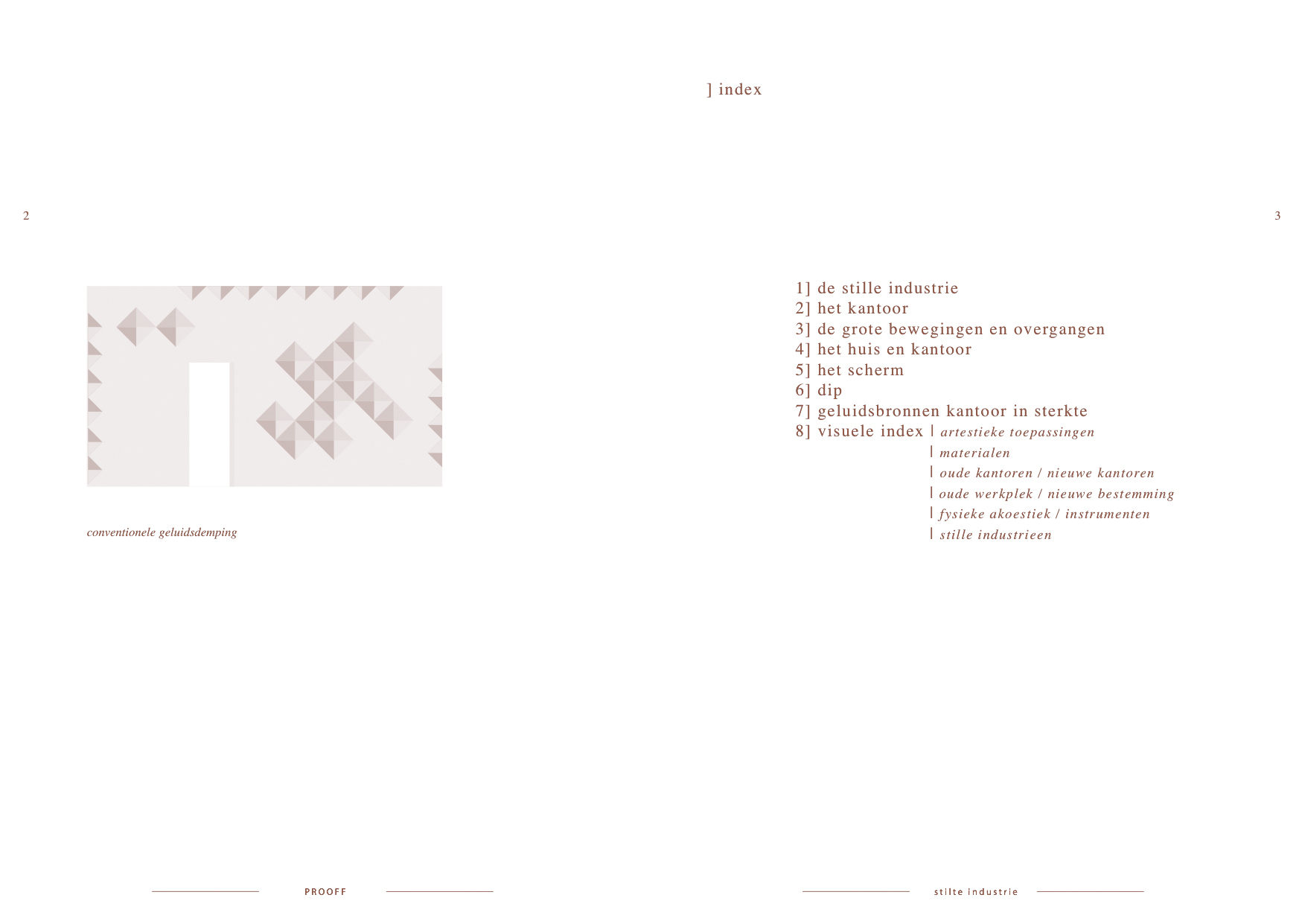 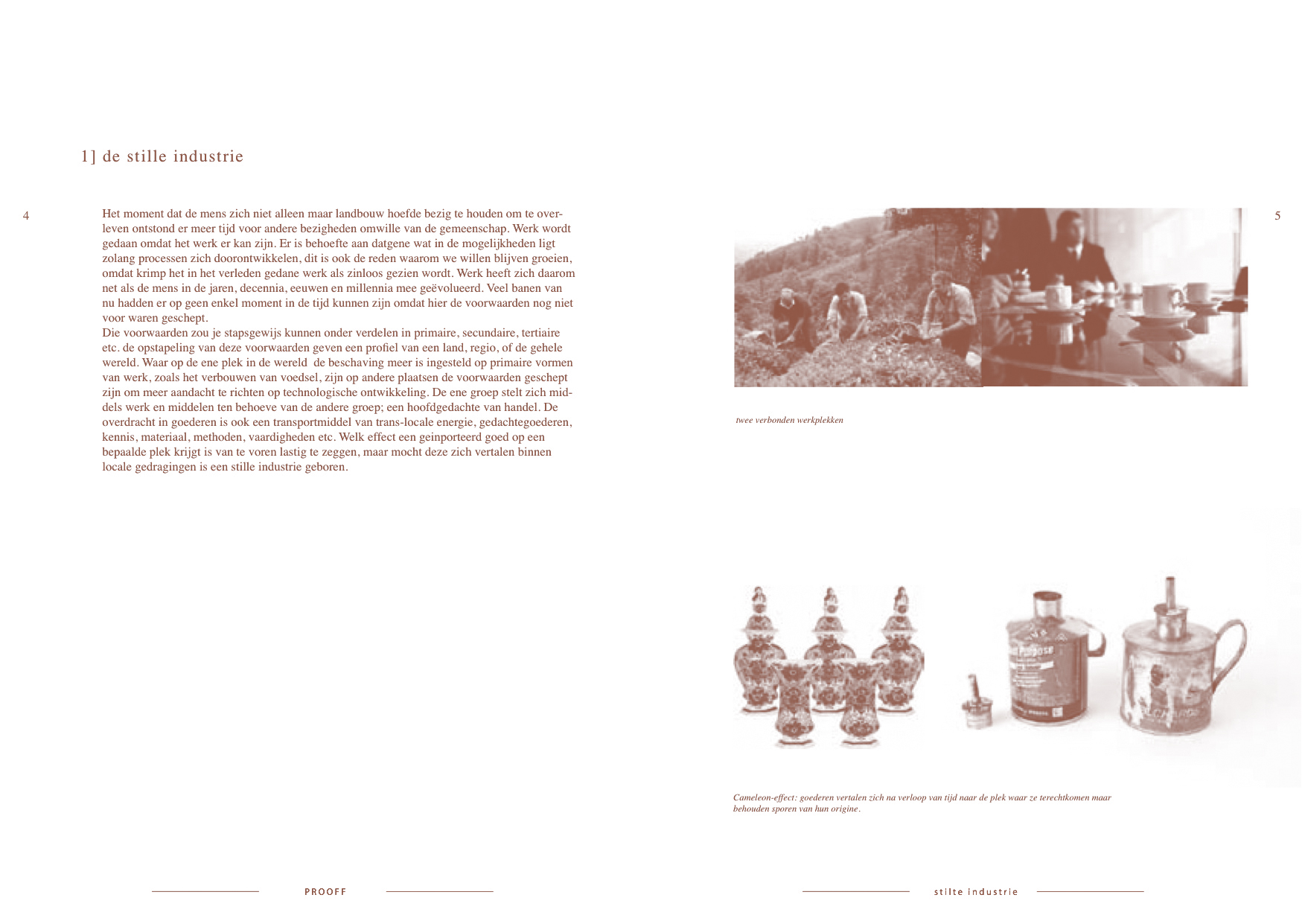 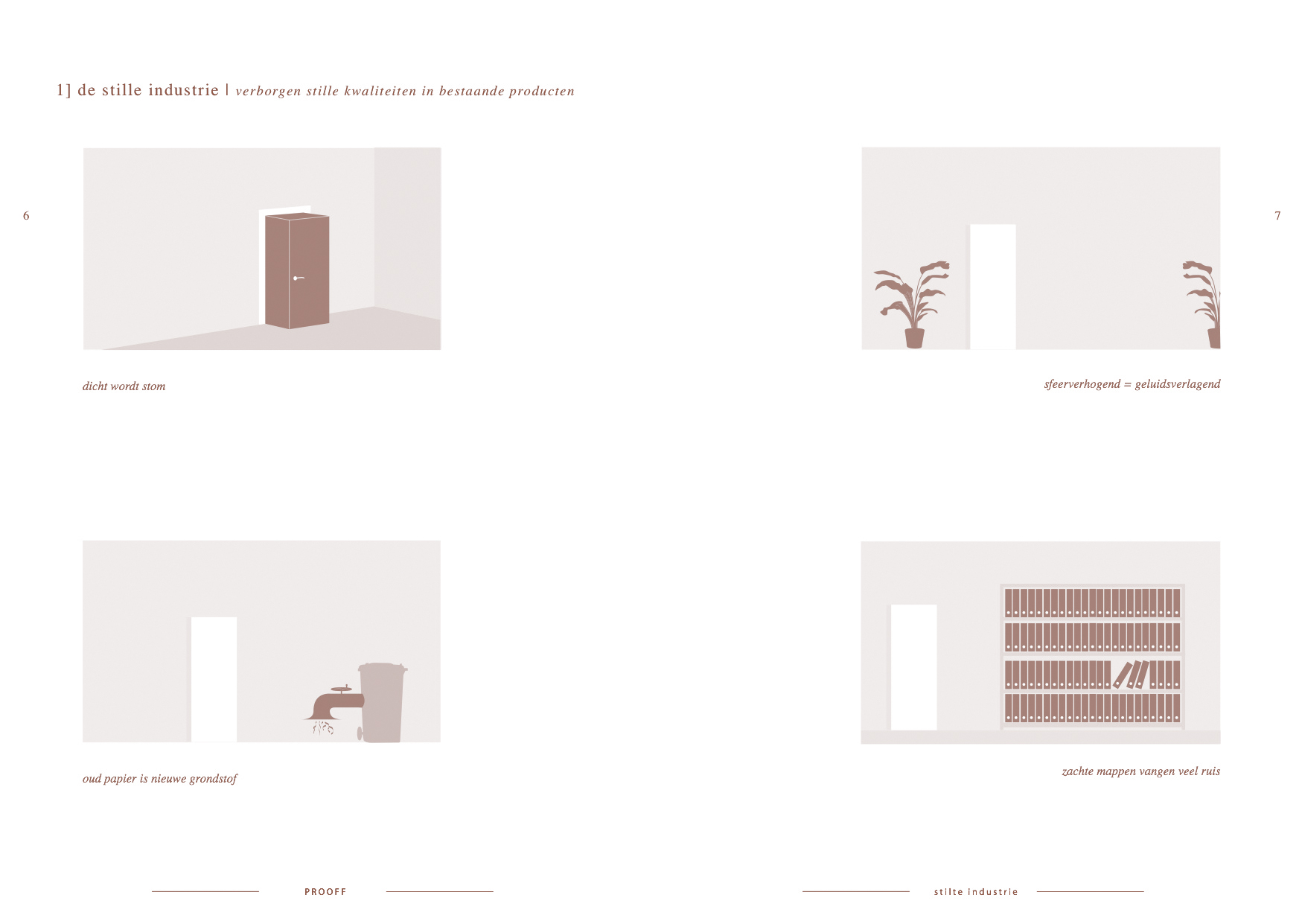 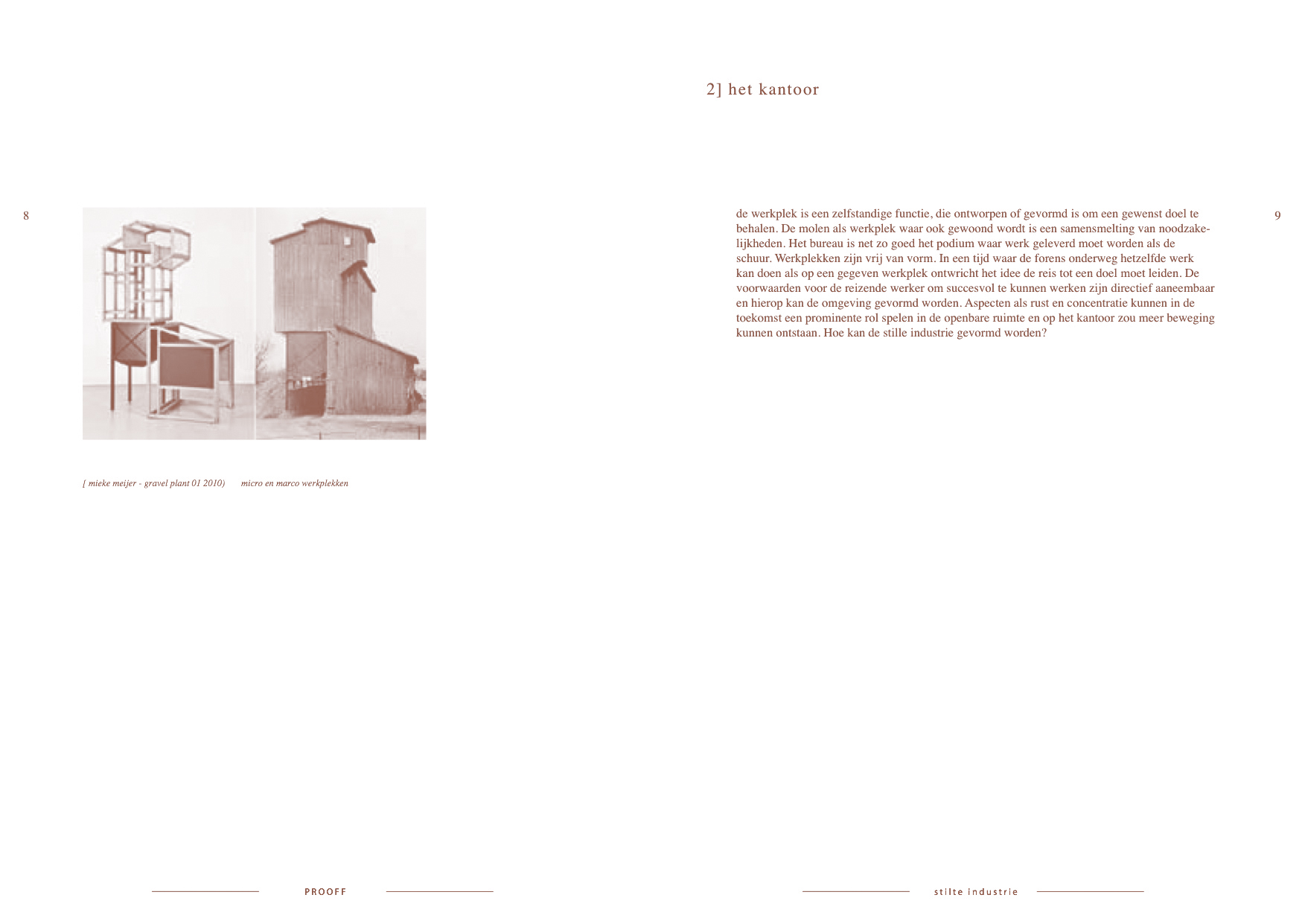 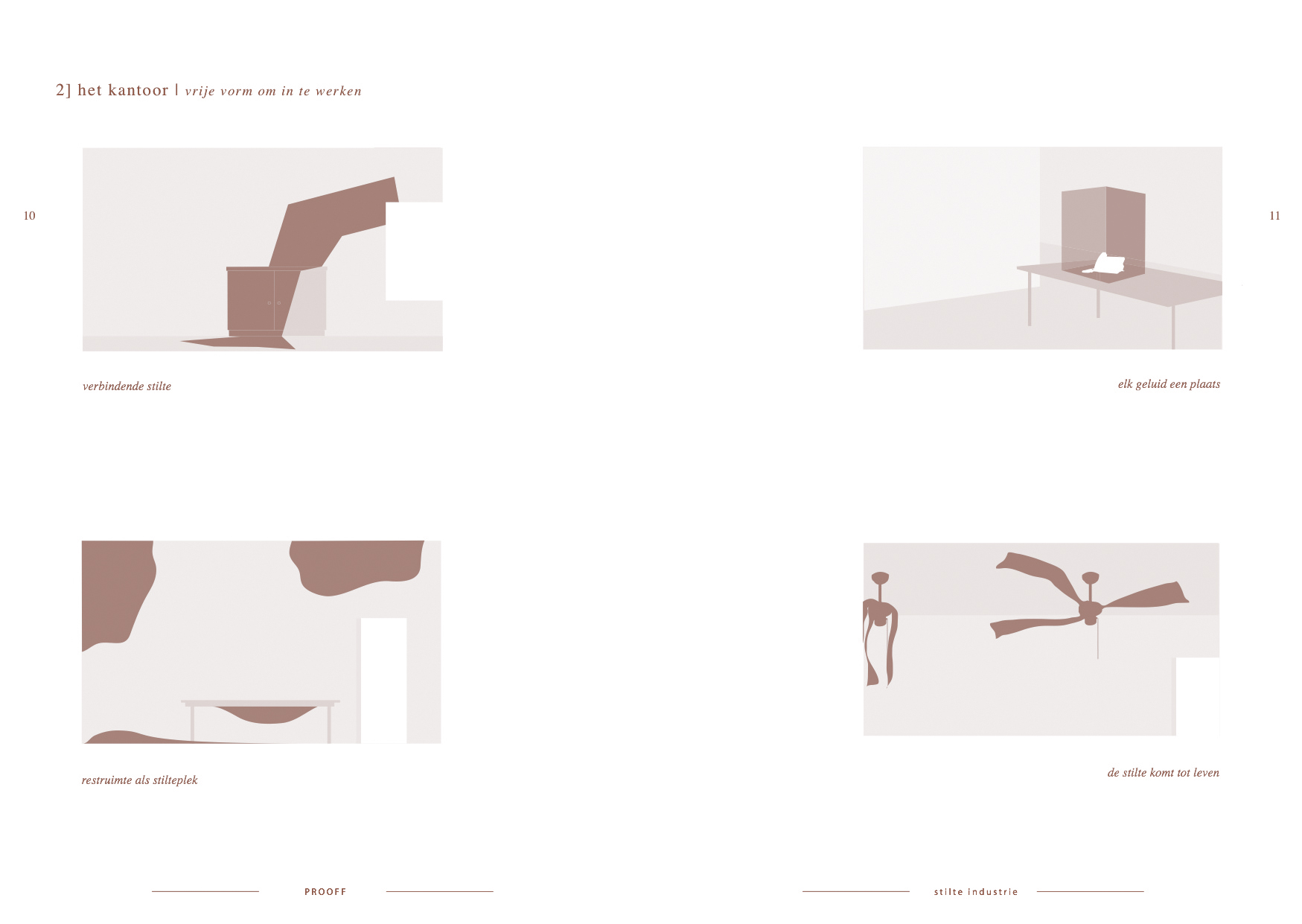 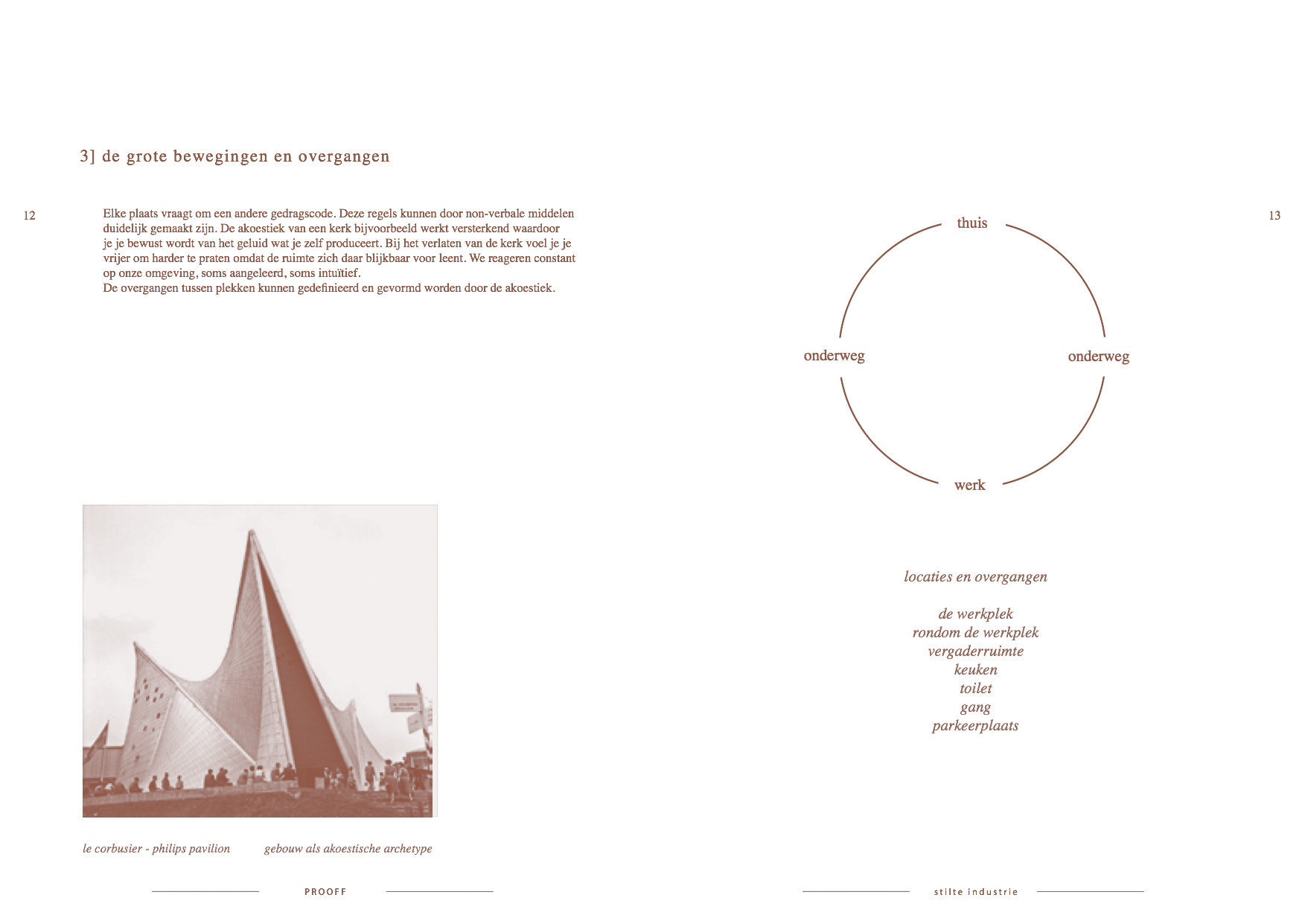 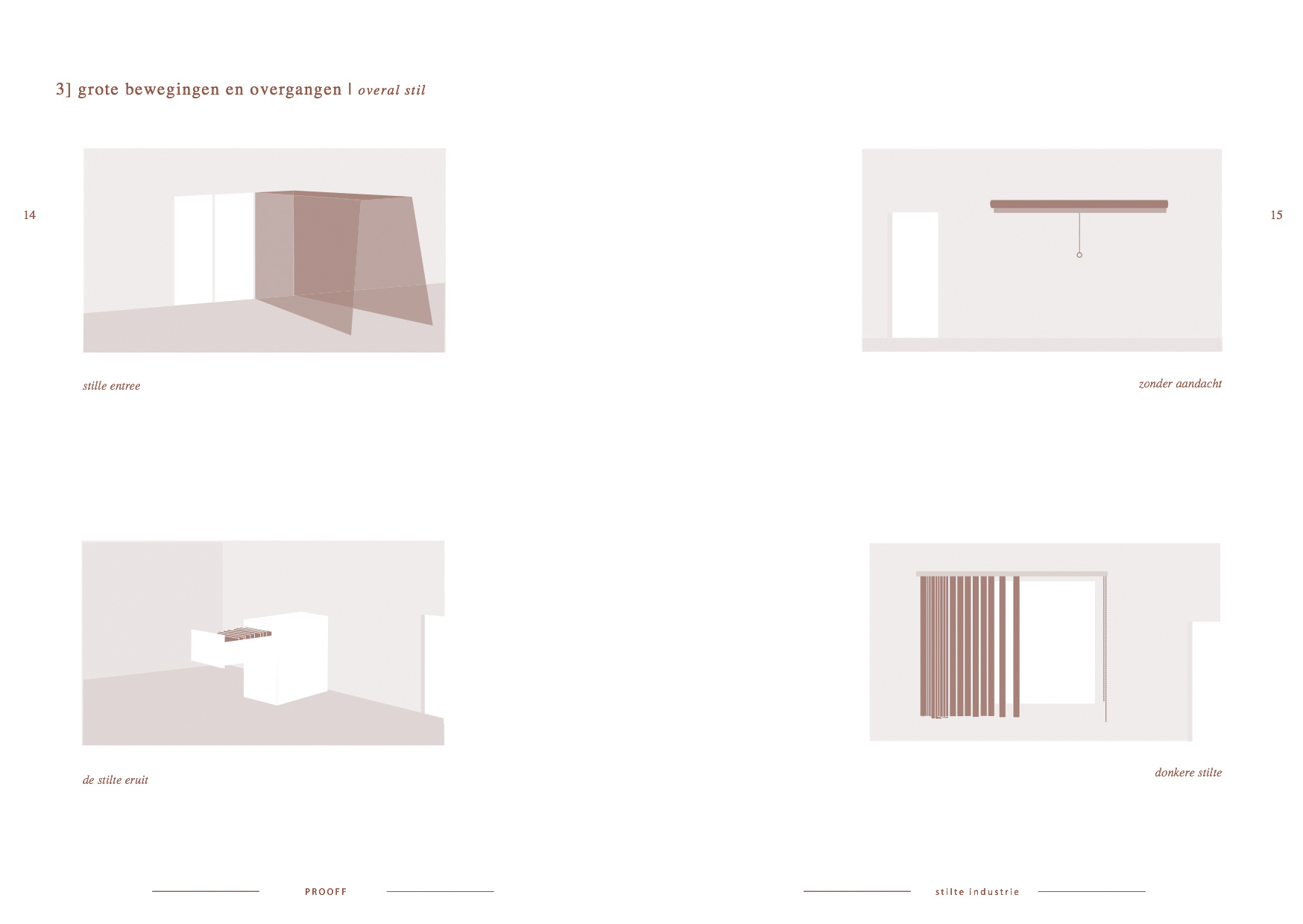 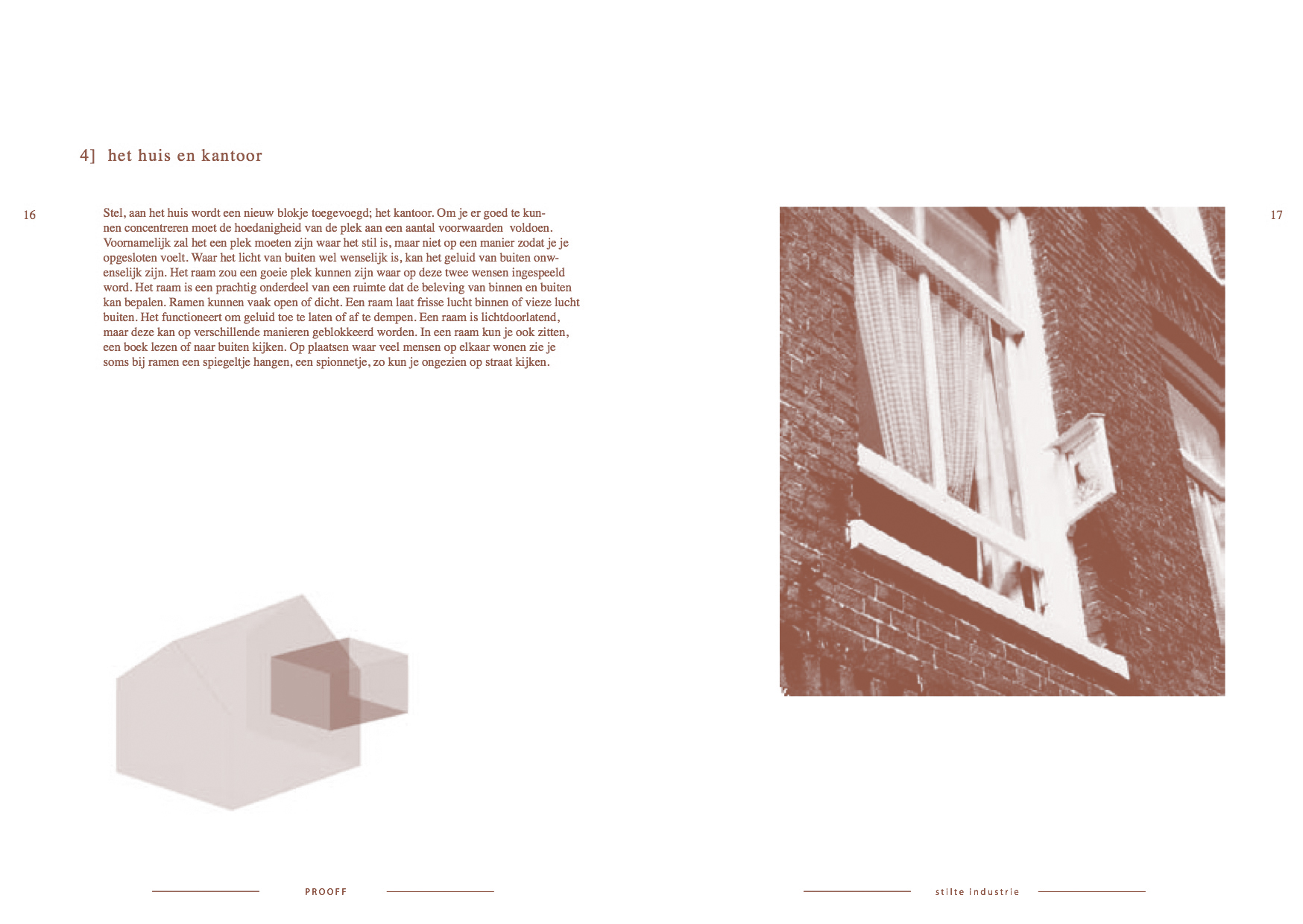 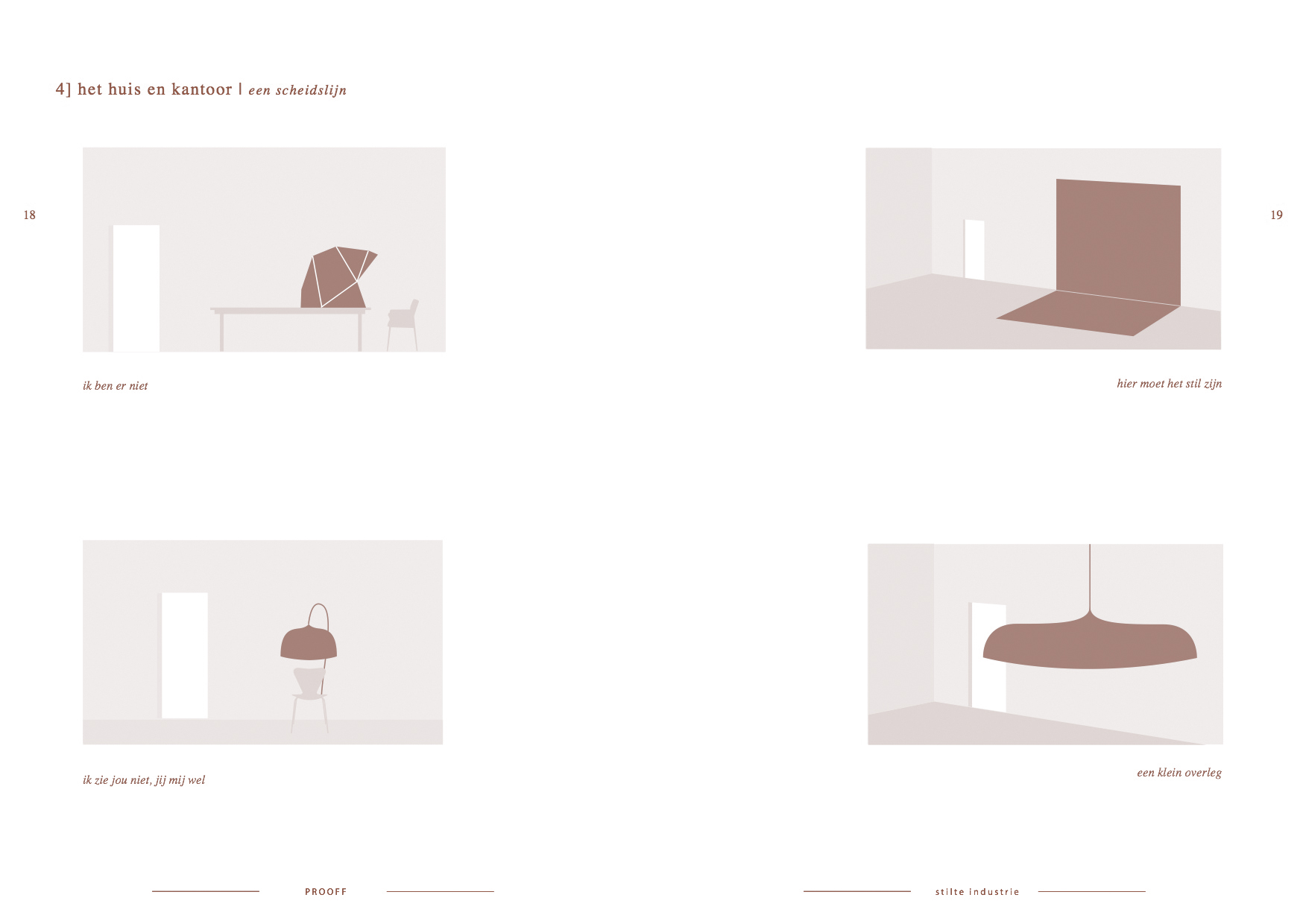 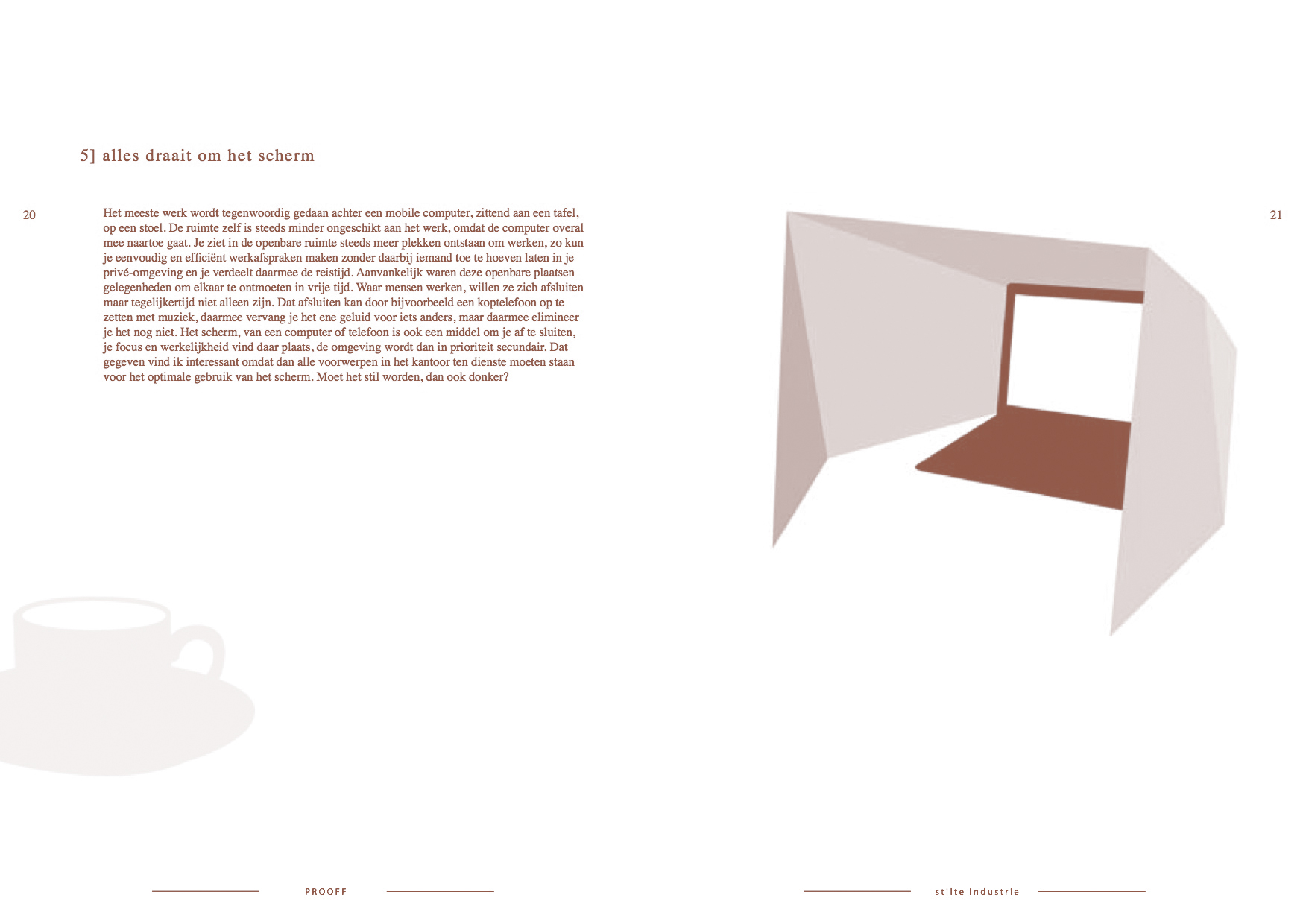 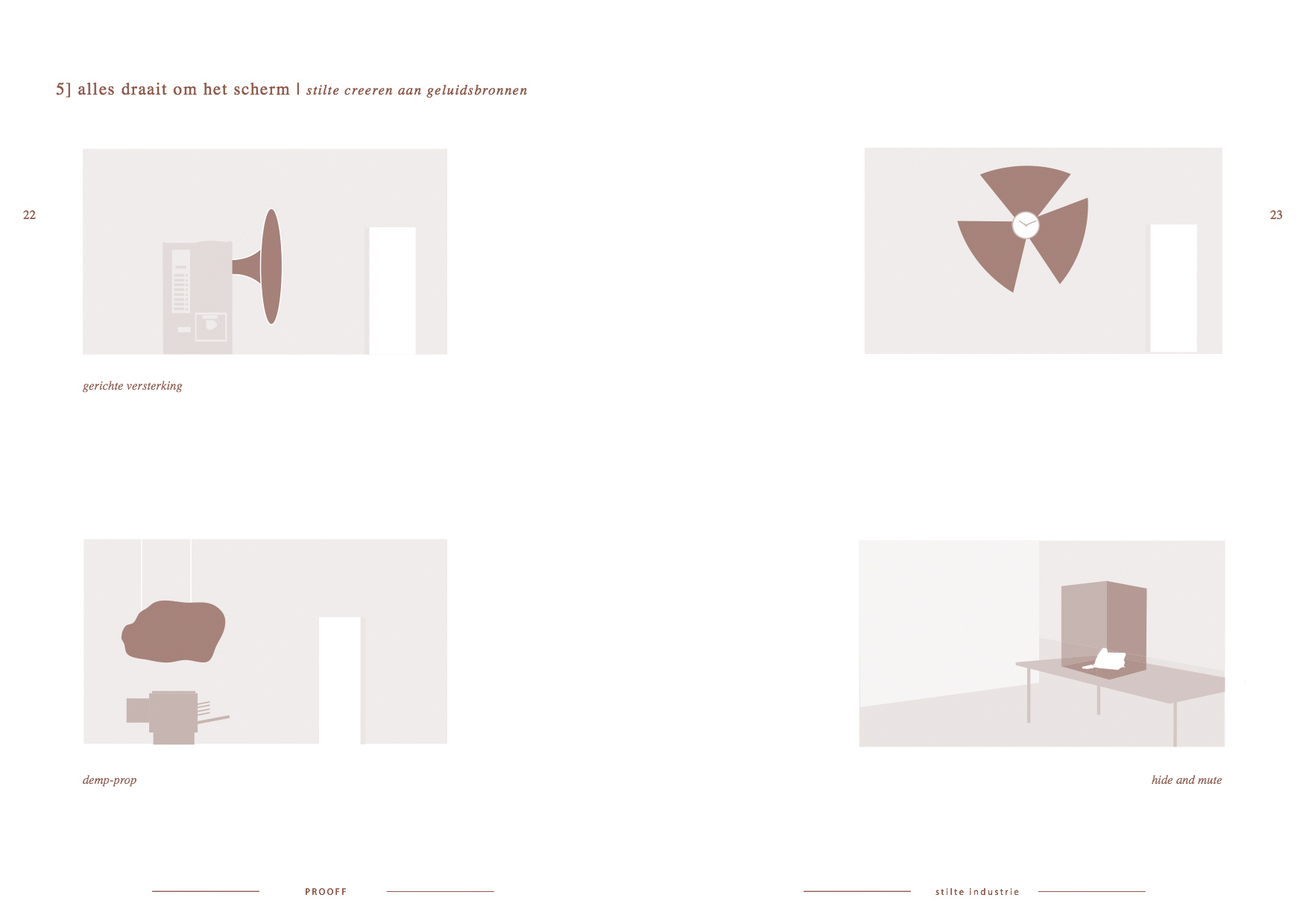 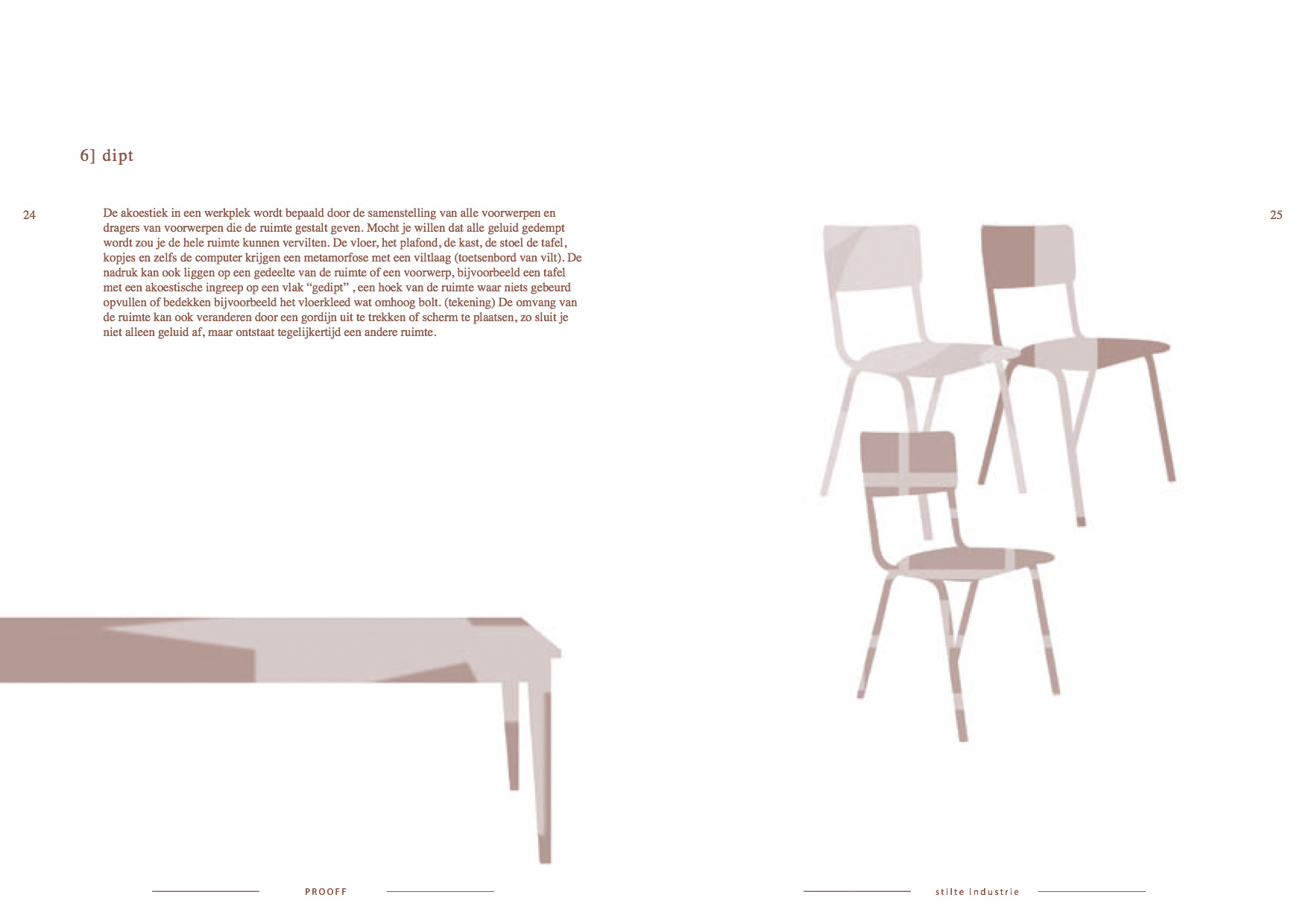 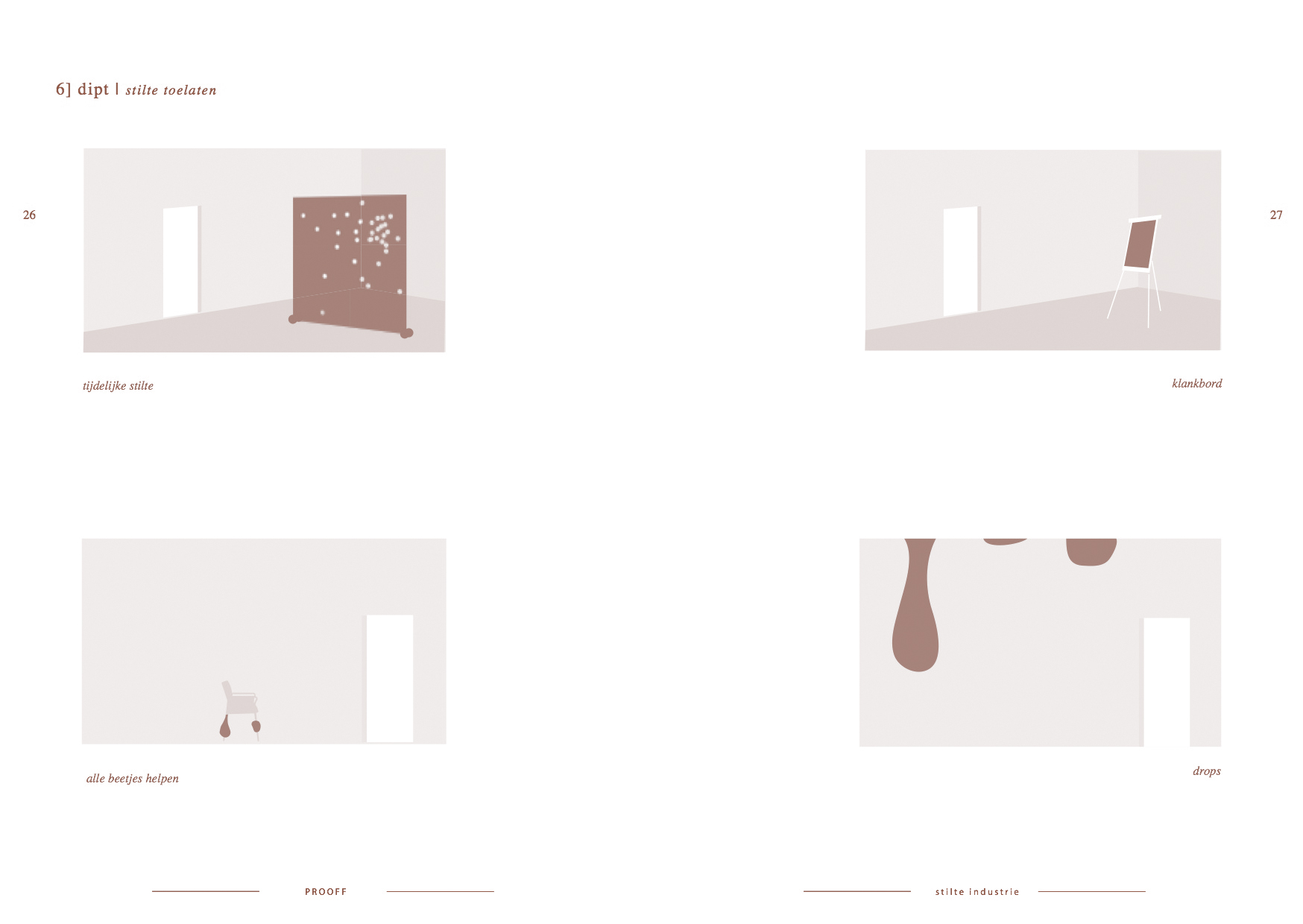 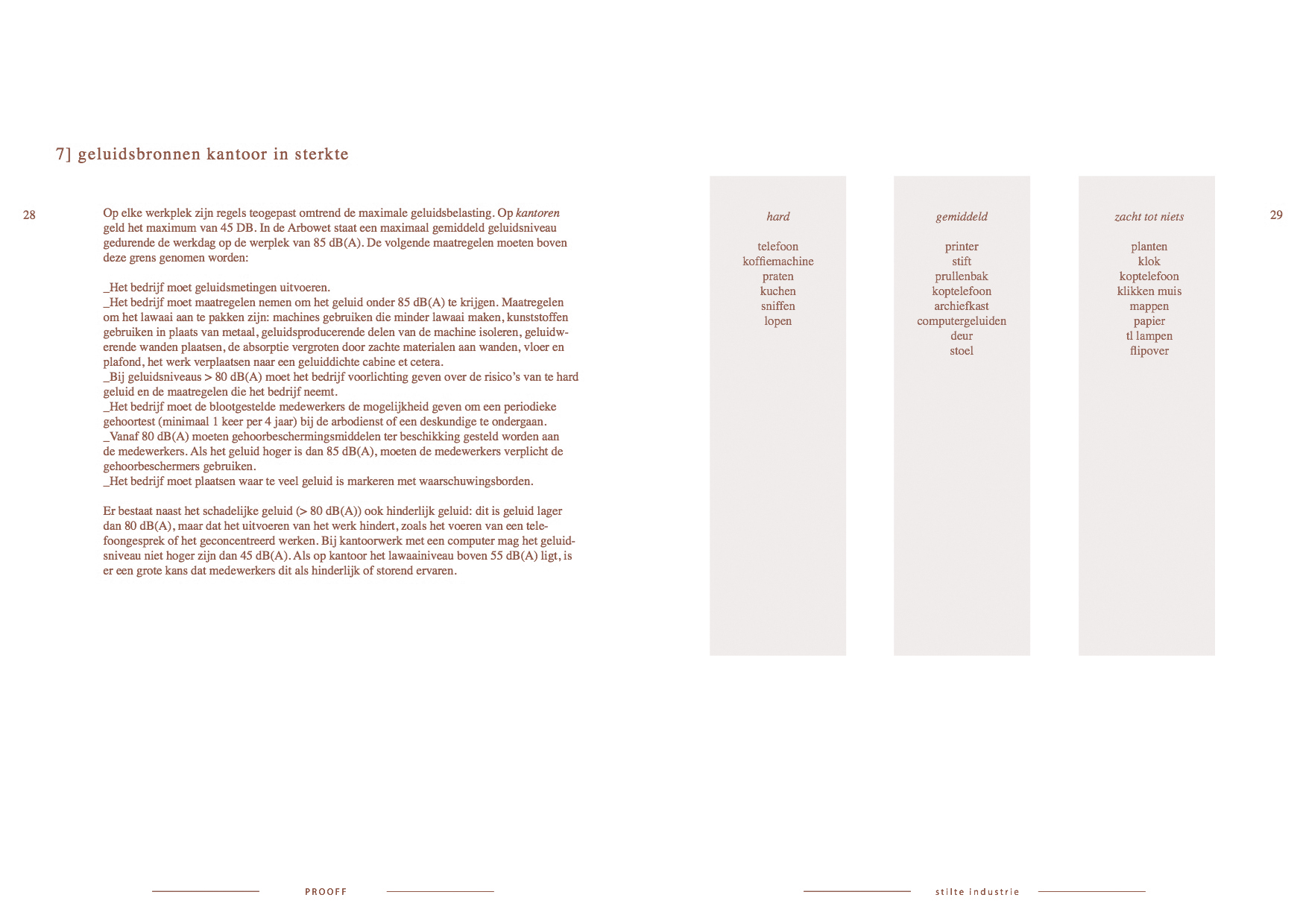 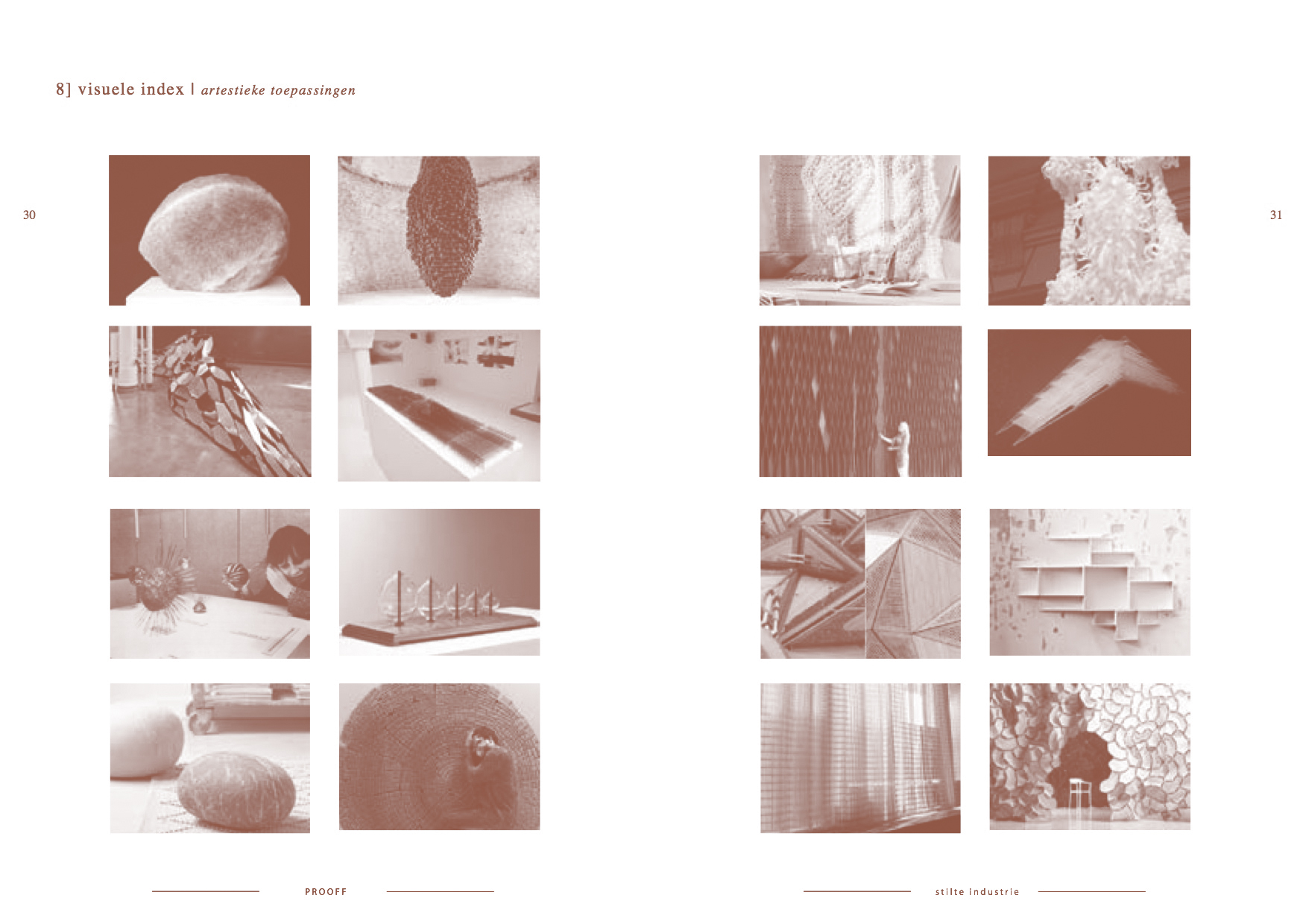 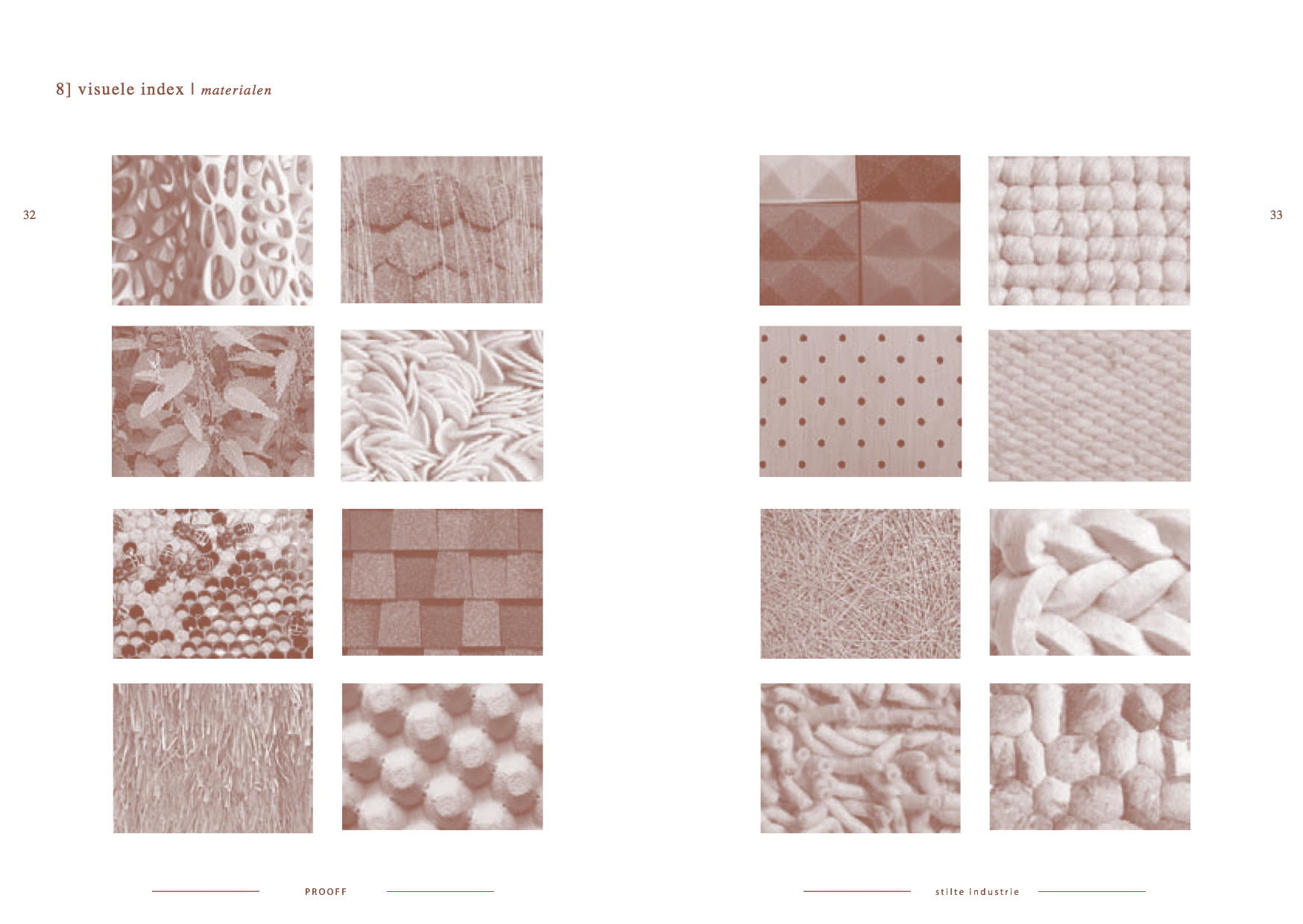 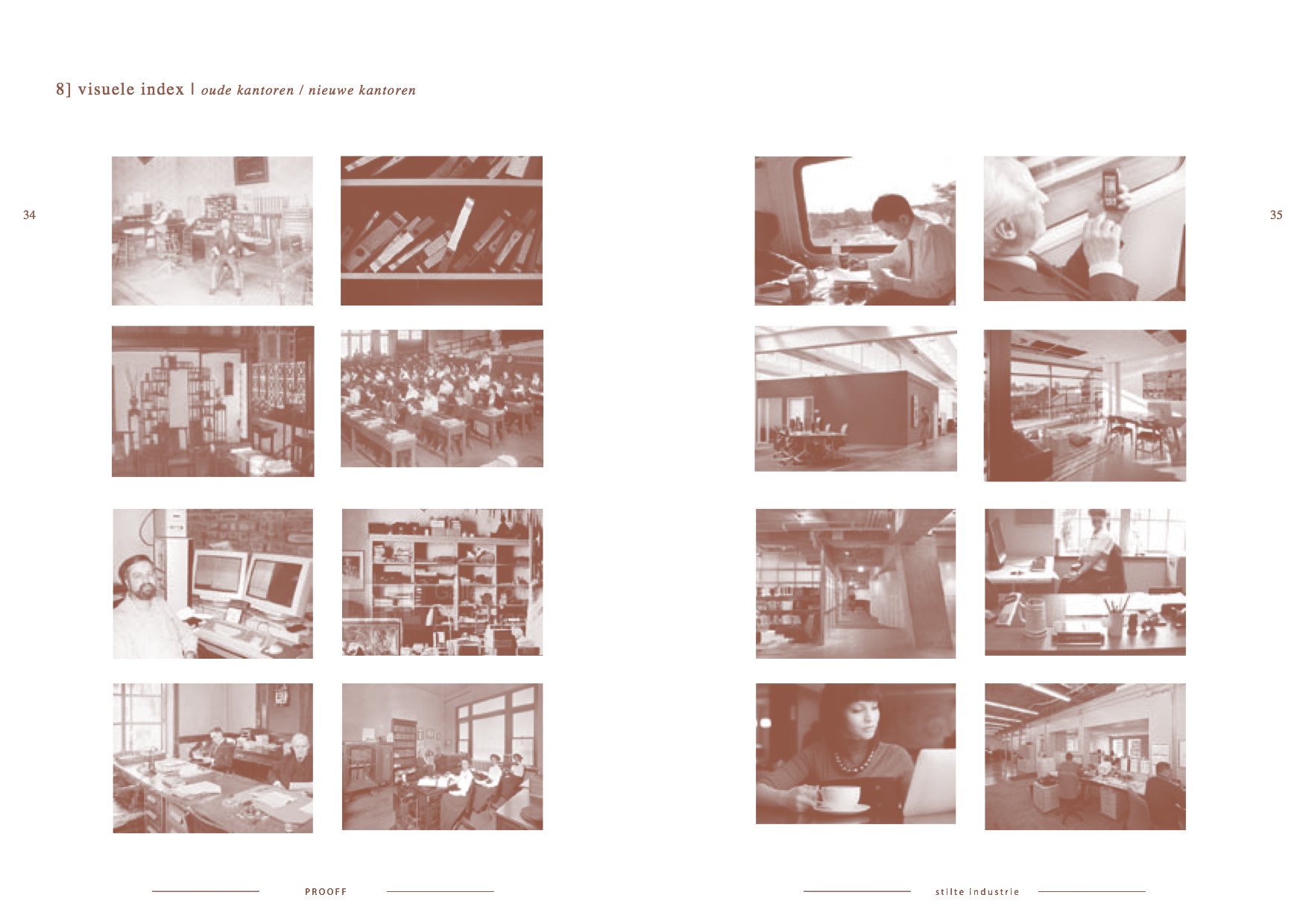 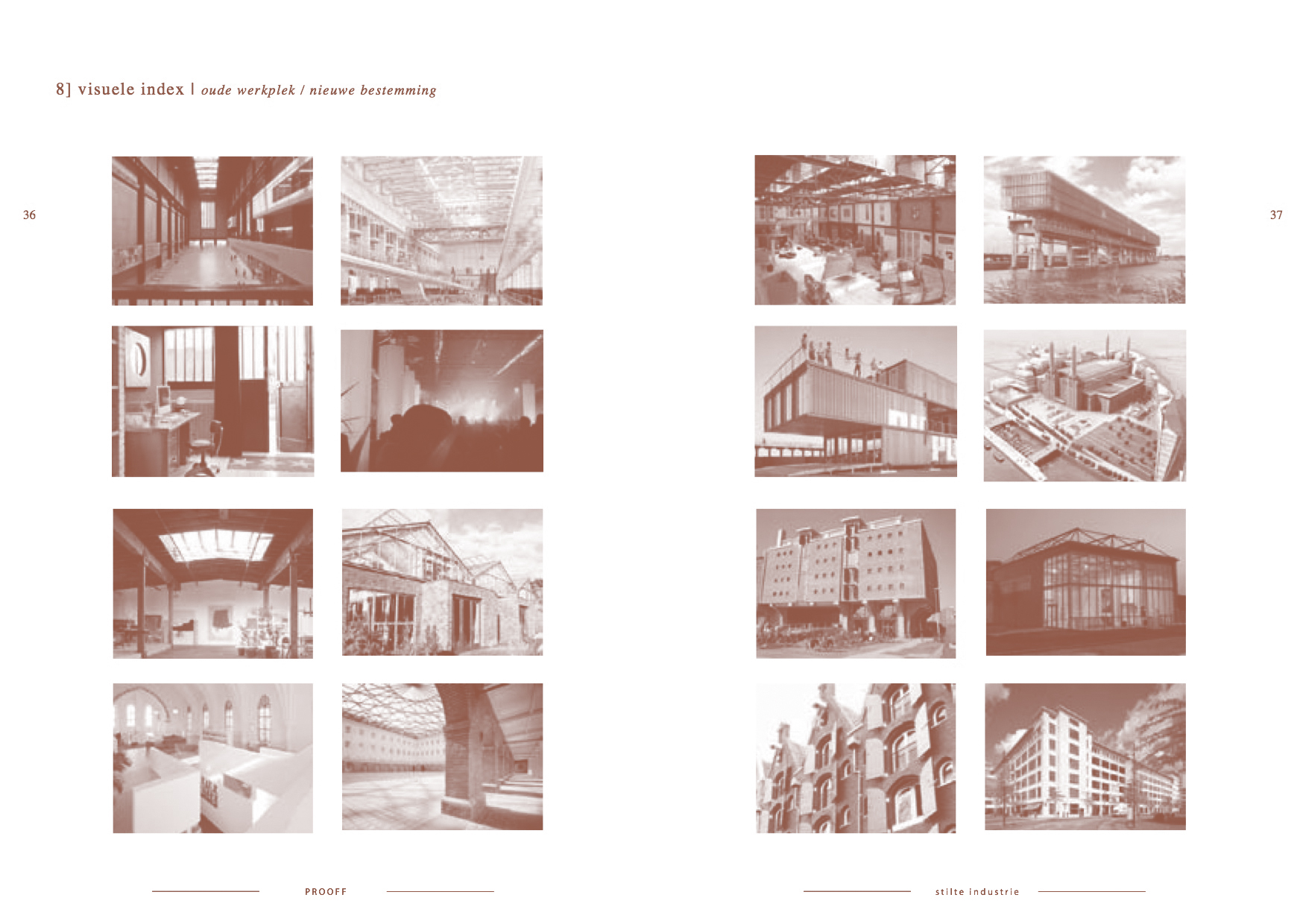 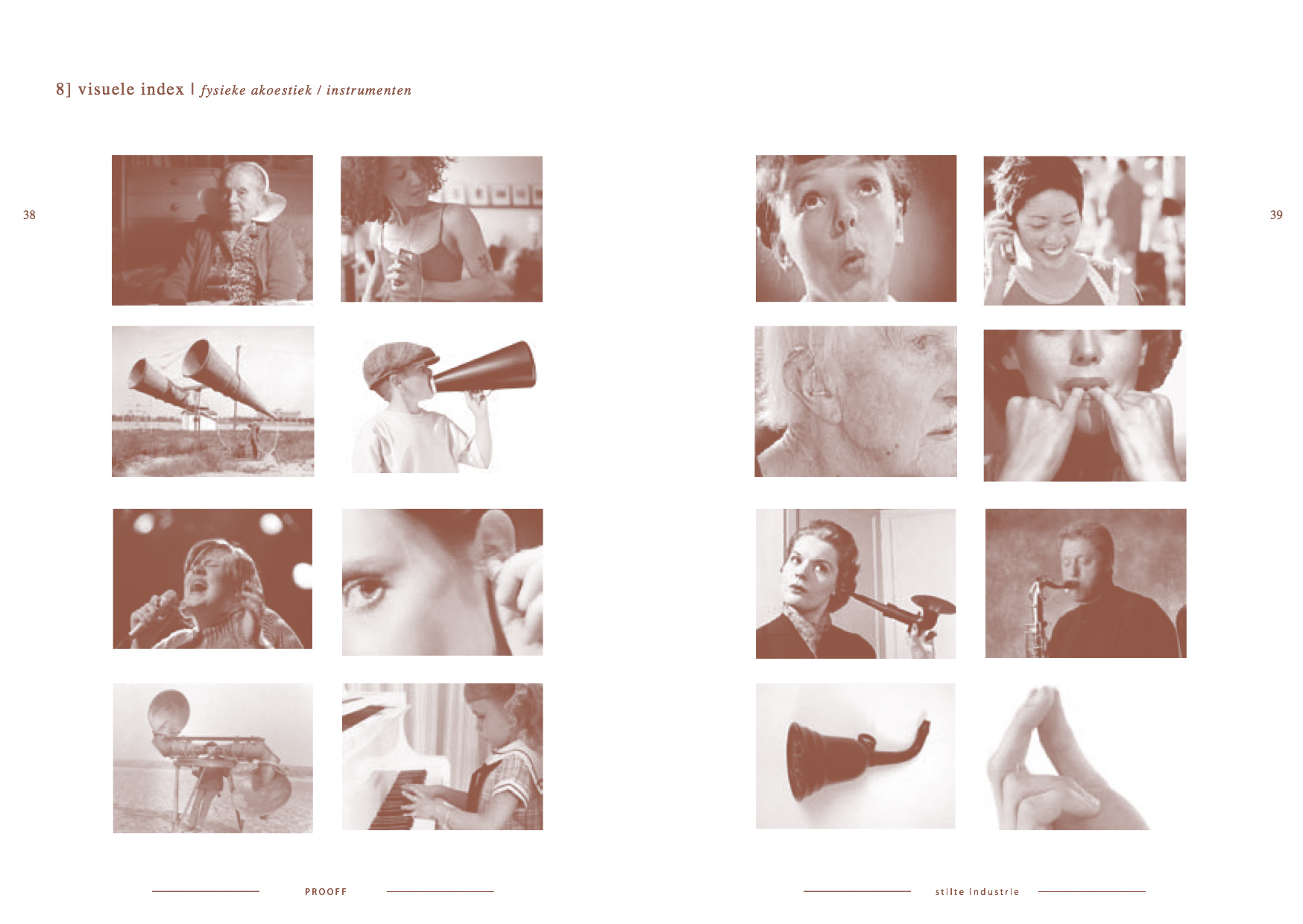 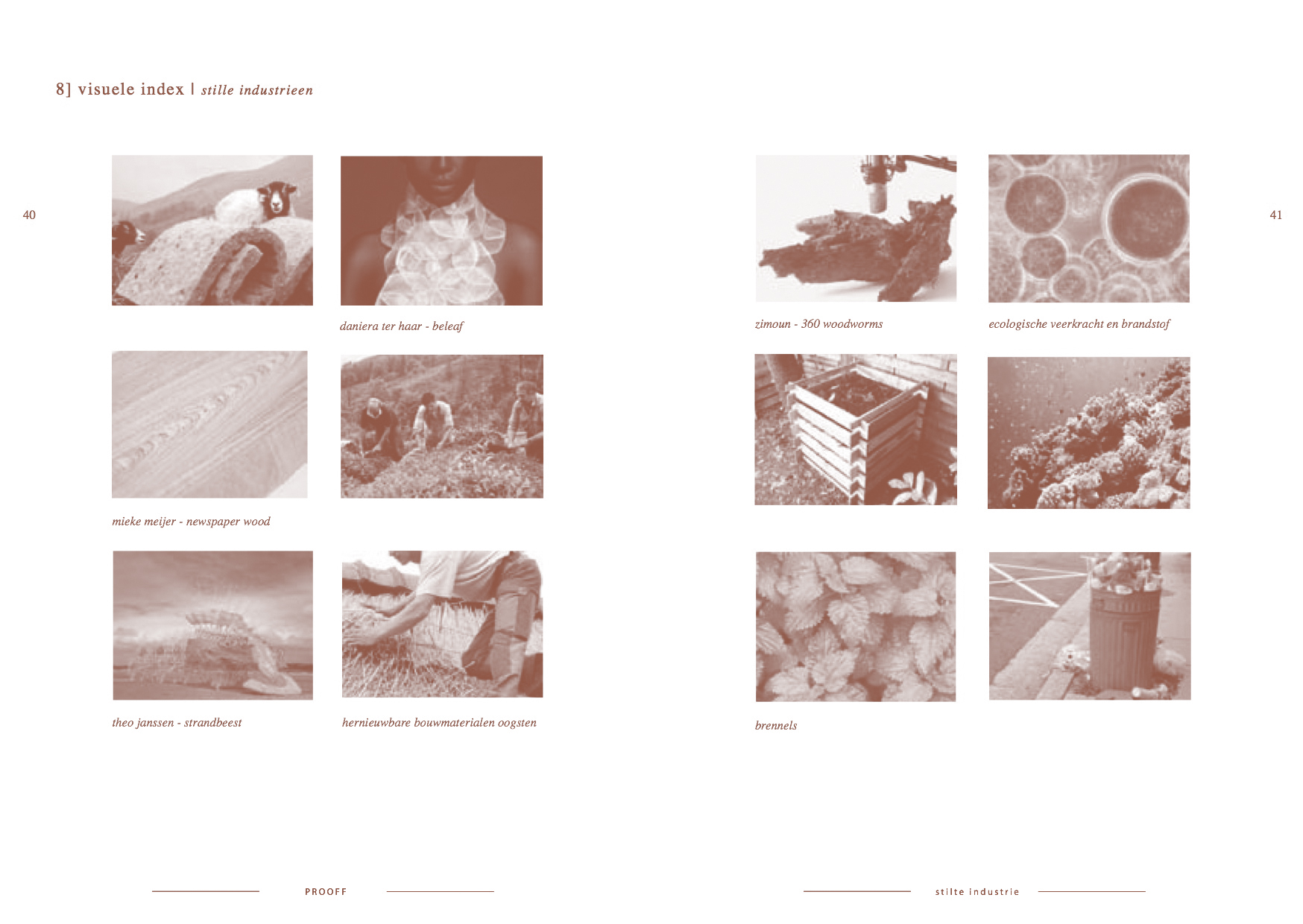