On wall-sized illustrations of ‘The Rampless City’, massive cranes build modular skyscrapers and are themselves incorporated into buildings. Crawling at their foot are beetle-like cars that represent personal spaces in this plan. Imagine a fleet of moving rooms, places in which you can sit, sleep, keep your belongings, that can be used to transport you to a park or a church. If all corners of a defined area were within reach to every passerby in it, how would that transform the character of an urban place? How much extra time would you want to spend there? Where would the centre of public activity be, and what would it look like? Studio Makkink & Bey attempts to make projects that connect the publicly shared recollection of a place with more progressive infrastructures: e.g. bustling trading activities at a street market, or the calm of a new public space in a town’s center. In many studio proposals, spaces are created within spaces, or new structures within existing infrastructures which can rearrange things substantially. By stringing parts of a context together, the studio sets the agenda for more linkage in an existing (social) structure. Diversity is kept intact and used as a collection of opportunities. In ‘The Rampless City’, every component of a business district is incorporated in an imagined, new organization. Horizontal and vertical movements, rooftops, office chairs, construction activities, the timetable of what takes place in a business district and who enters these type of places, everything is considered useful as a component of urban planning. The window-cleaner can reach places no one get to, why not let him transport messages or packages? After adding stories to high-risers, a crane can hoist something valuable or fragile up in the air at night, so it’s isolated from the rest of the world. If pavements are rampless, it becomes possible for workers to ride around in their office chairs while working. 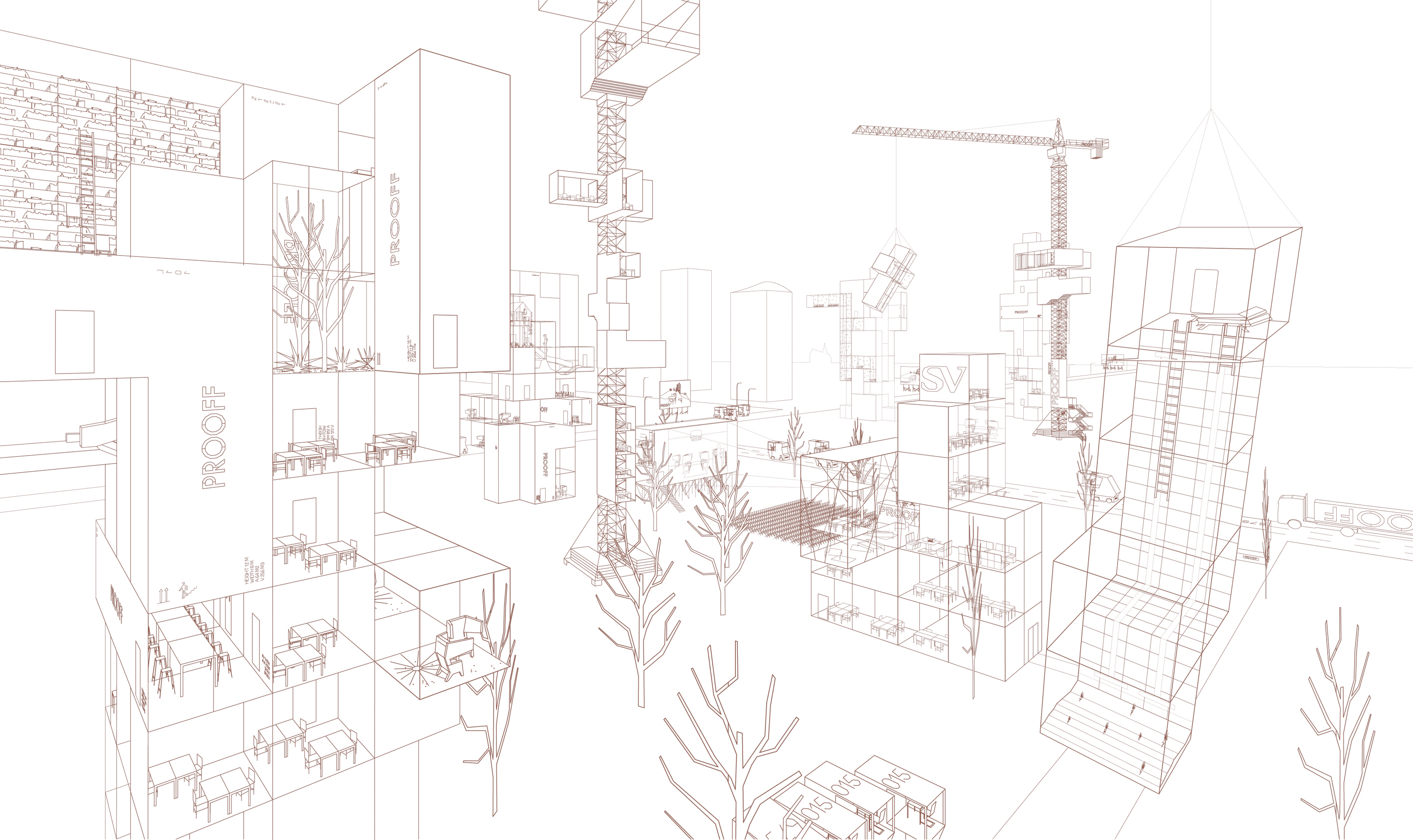 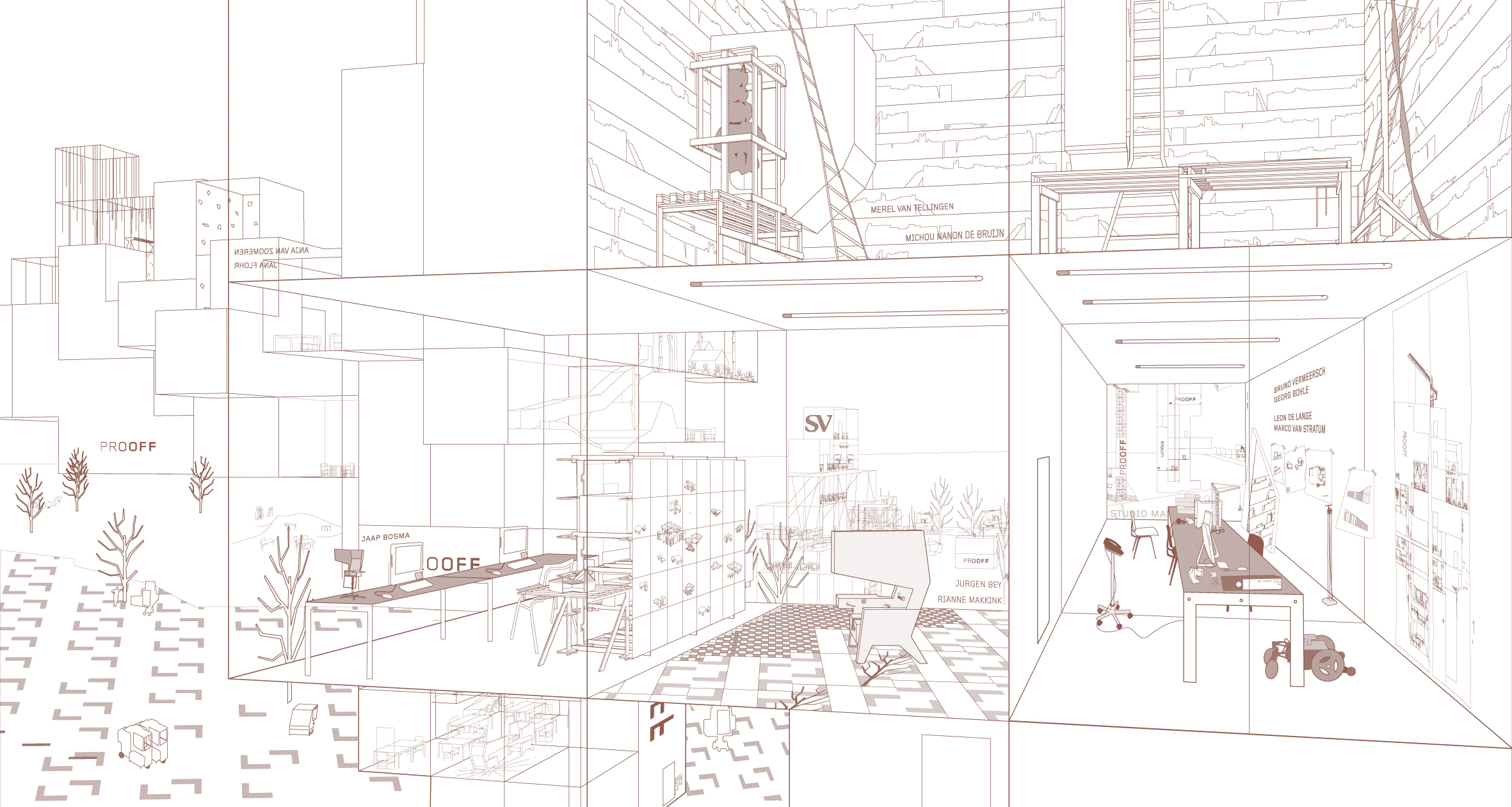