The Slow Car and the campus city

A campus (Latin for ‘field’) is an open space, usually grassy, which is gradually surrounded by buildings until it becomes the heart of a university. The campus begins as a field, transformed temporarily into a building site. Later it becomes a sports field, often performs as a place of political demonstration, and then into a garden. It ossifies in this final form, perhaps embellished by memorial statues or fountains, passed through by generations of students. Occasionally it reverts back to its earlier incarnations, as new groups charge the space with politics again. Later, the whole complex, field and buildings, is referred to as the campus. The university is conceived, we could say, as a field of operations that is deliberately undetermined, defined by its inhabitants through social congress. The campus, says Jurgen Bey, is how the world of work is developing, and, he says, the slow car is part of a series of rethought infrastructures that speculate about the way we make places to work. His ideas attempt to suggest how we might turn the generic into the specific. He has made wall-sized illustrations of massive cranes building modular skyscrapers and themselves being incorporated into the buildings. At their foot are beetle-like cars that form the personal space of this plan. While the idea of the slow car has many obvious and practical effects on road safety, the environment etc, its most interesting potential is social – it is a machine that could transform what Marc Augé would call the non-places of the contemporary world into places more like a campus. Think of an airport. It is a sprawling mass of a building, made completely contingent and defined by security and pedestrian mobility. There is no exterior public space at all. There are shopping centres but no public spaces. There is nothing particular, and no hope of it. But imagine an fleet of moving rooms, places you could sit, sleep, keep your luggage, and use to transport you to a park or a church. If all corners of the place were within reach to every passenger then how might that transform the character of these generic places? How much more time might one want to spend there? Where would the civic centre of an airport be, and what would it look like? The airport is the funnel through which pass the skills, knowledge and talent of any international industry. Imagine if those people could drive themselves to a park, or perhaps into a huge library, teeming with tiny, personalised cars, beetling around like workers in a quarry. This project is an enabling infrastructure of mobile rooms that could make shared spaces in generic places.social – it is a machine that could transform what Marc Augé would call the non-places of the contemporary world into places more like a campus. 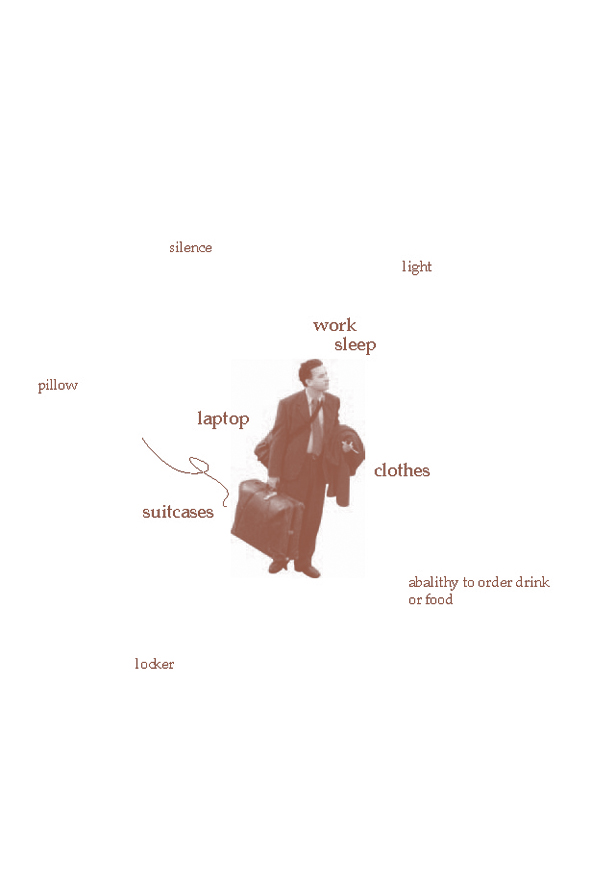 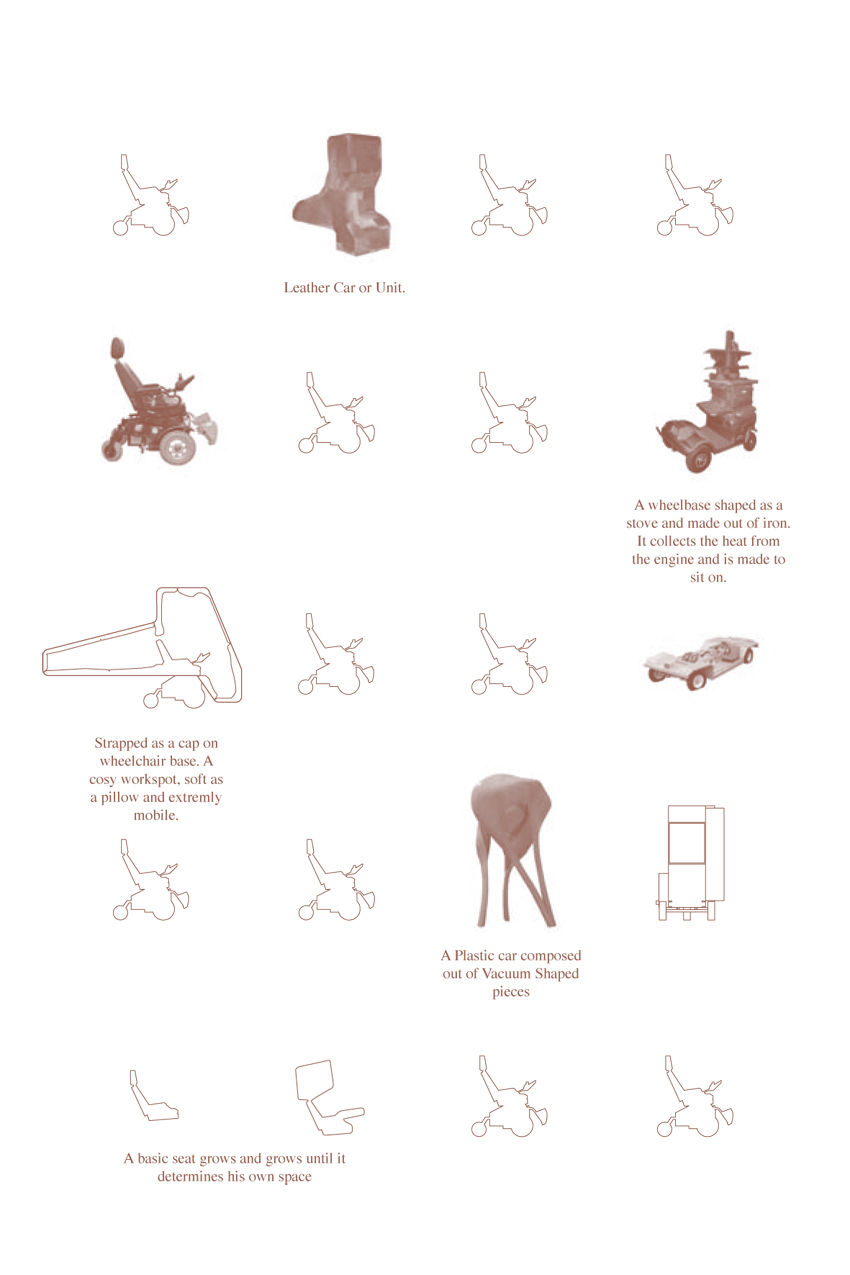 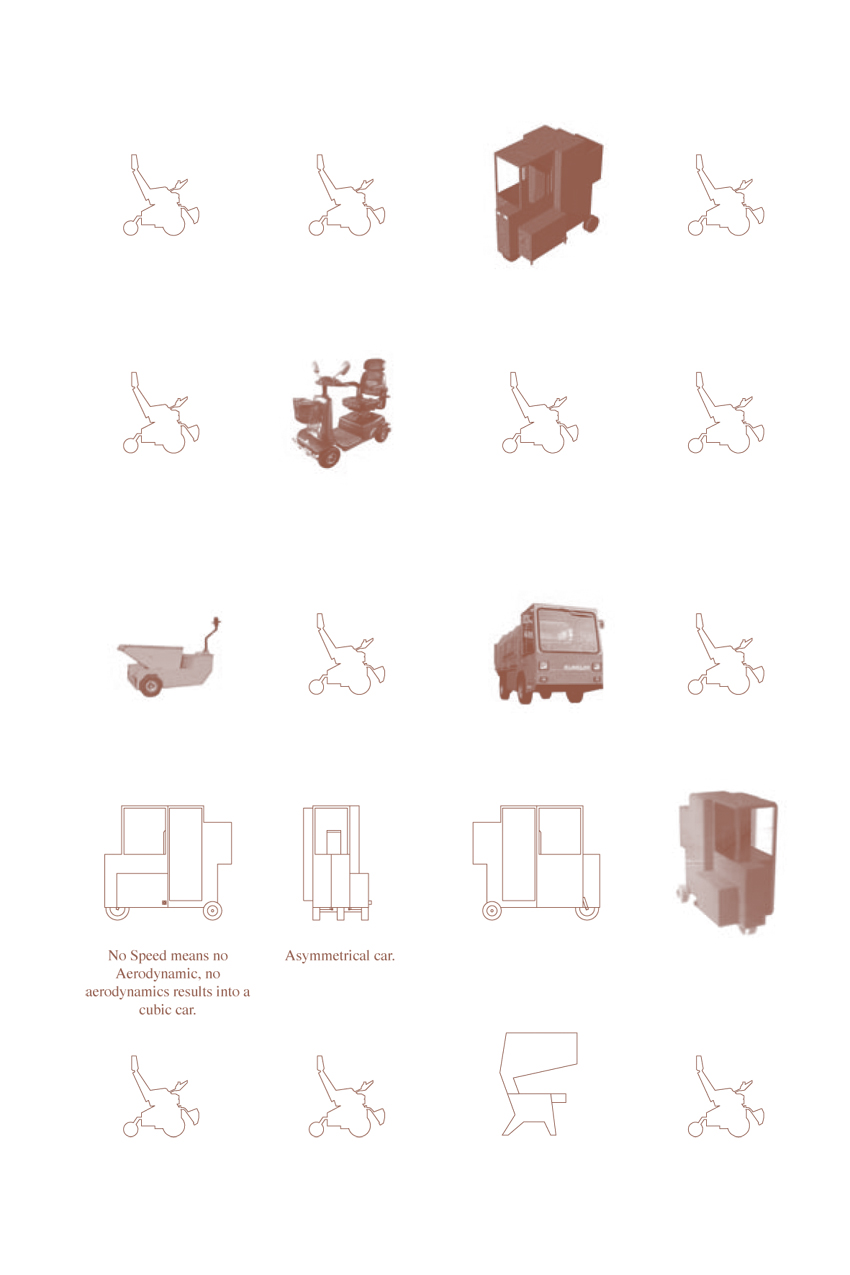 The Slow Car at the Vitra campus 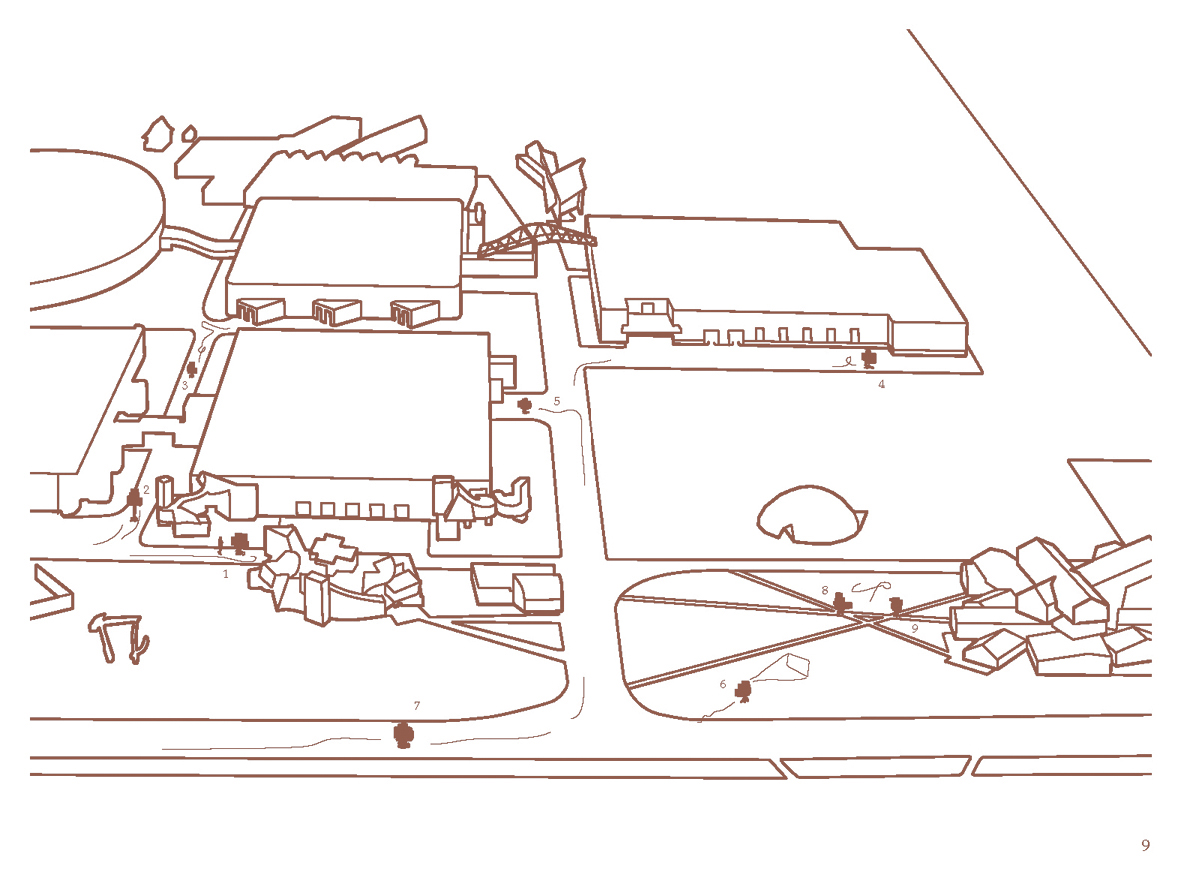 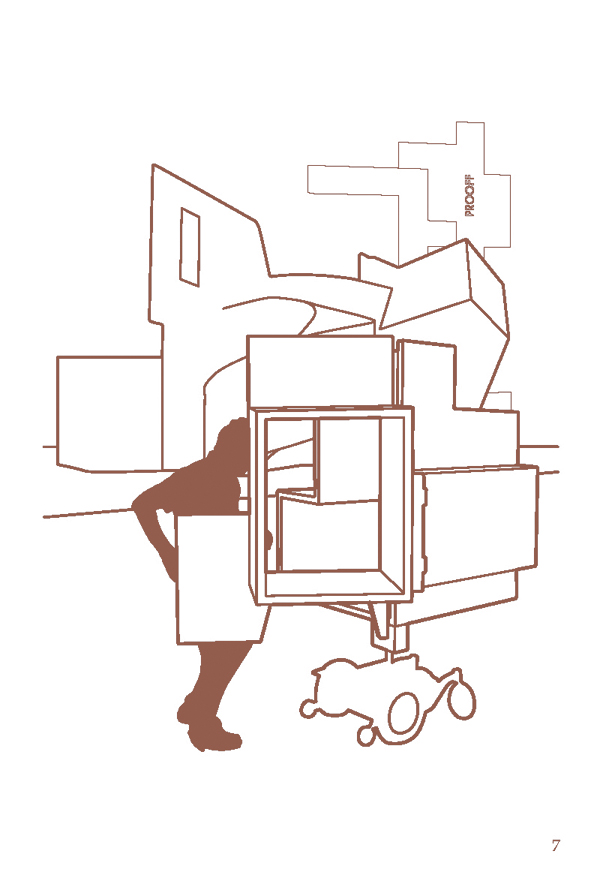 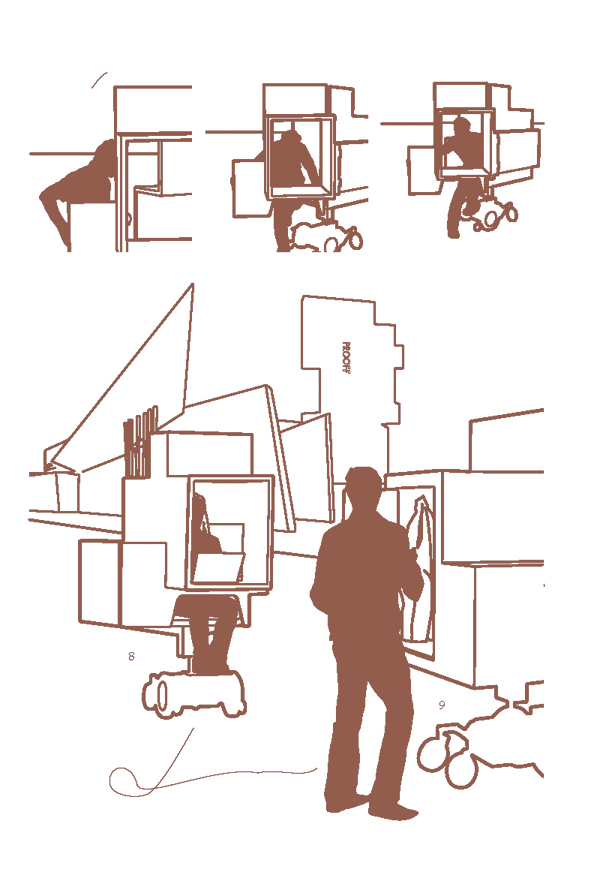 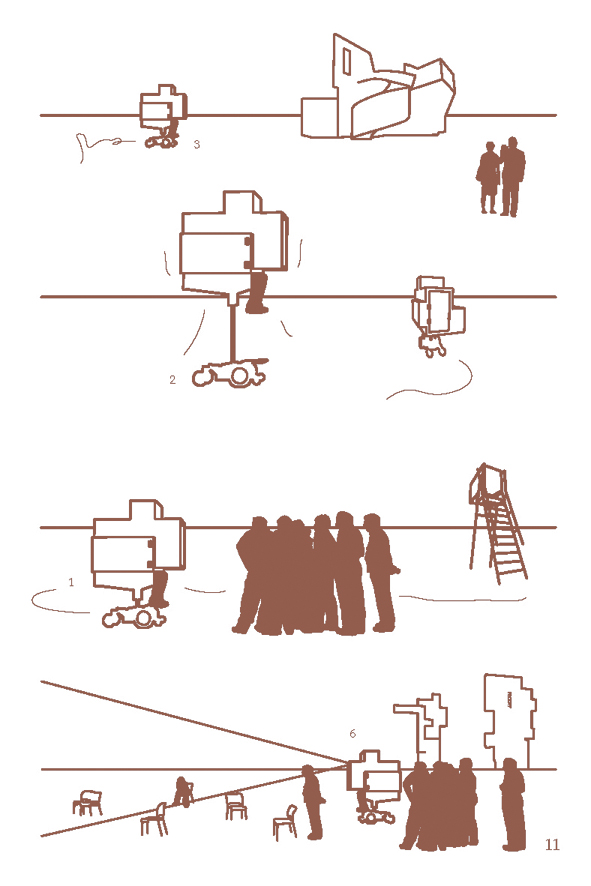 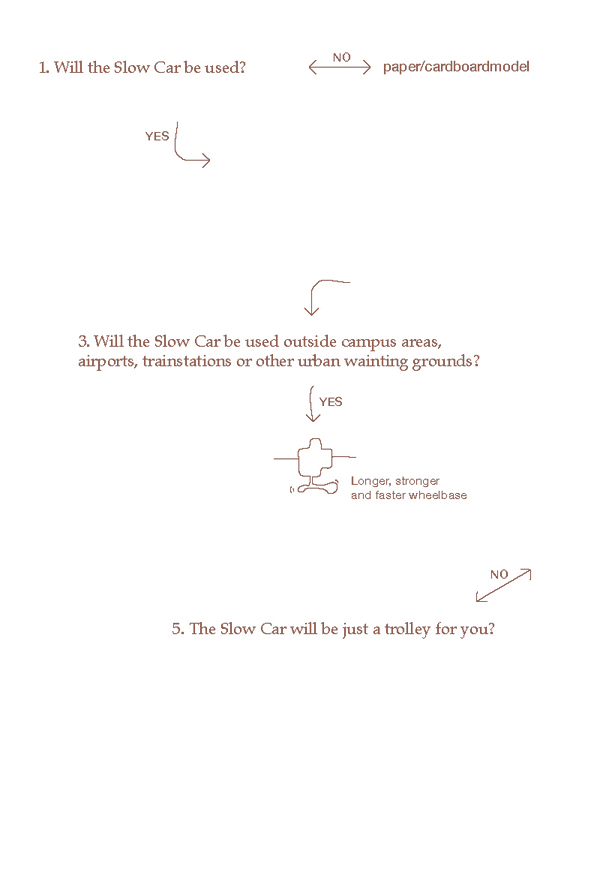 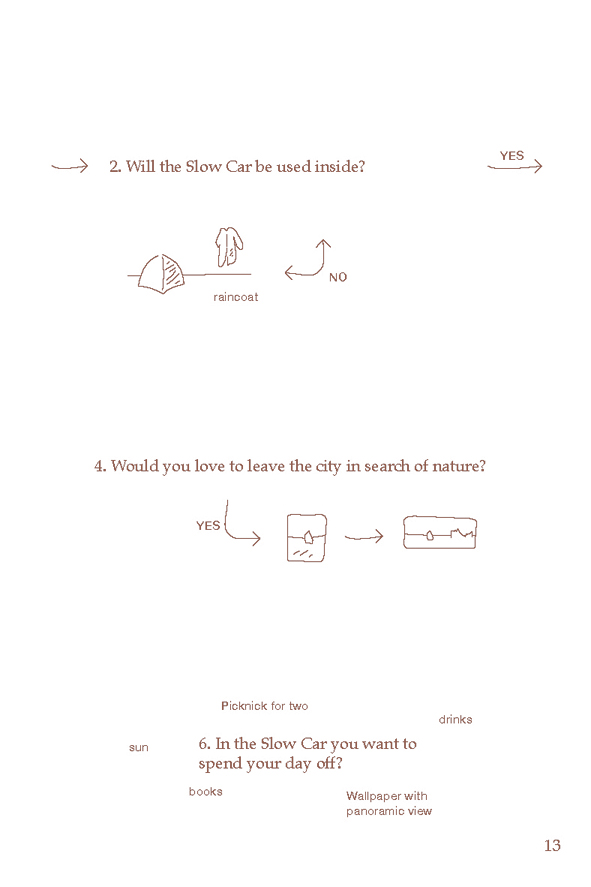 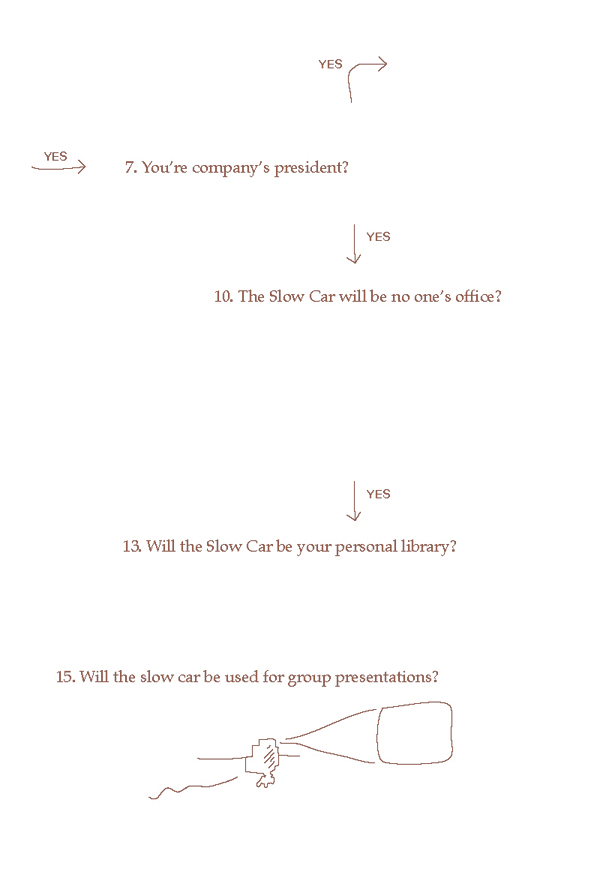 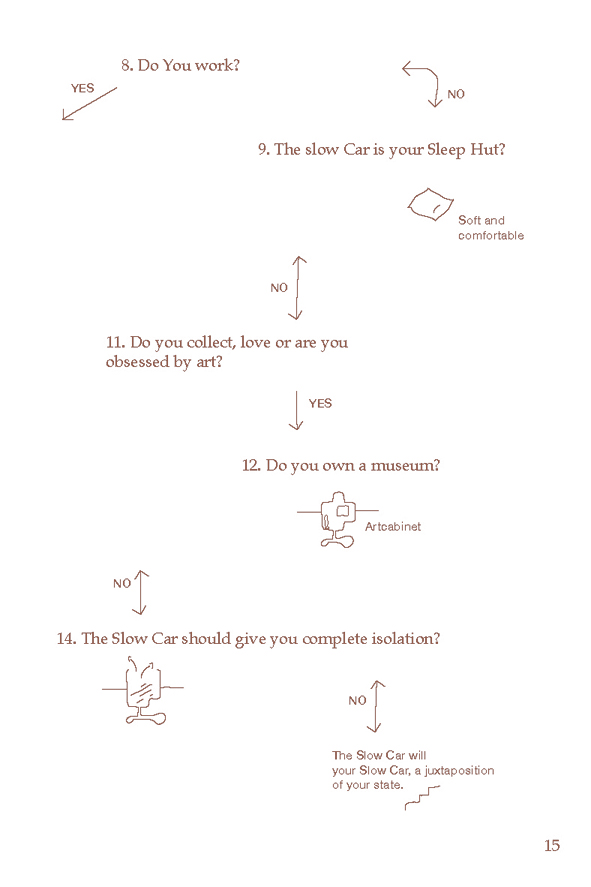 What’s in the Slow Car? 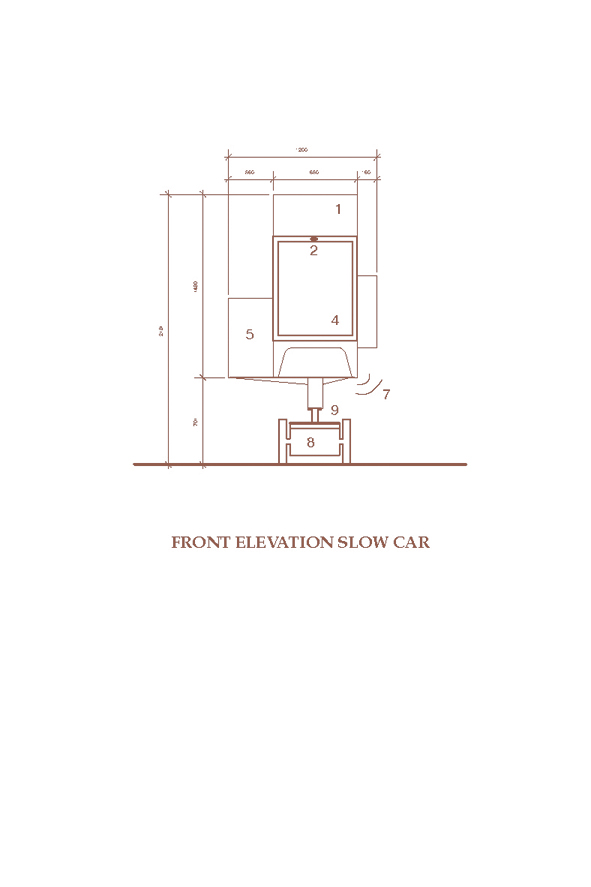 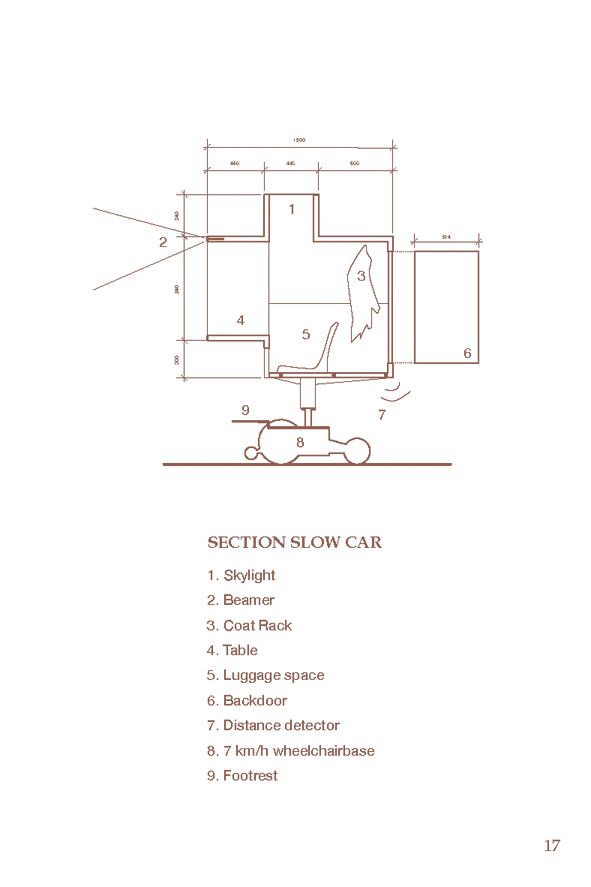